Render artifacts in translucency in renders

I am getting strange dithering kind of artifacts in the leaves of trees I am using. It only seems to be when the leaves appear in front of volumetric fog lights so I don’t know if it’s the leaves materials or the fog itself. Whatever it is I can’t seem to figure out the problem. Any suggestions appreciated.

One other observation to note: When I scrub the timeline in the sequencer then I can see the issue but when I stop on a frame the issue seems to get resolved. Is there a quality or optimization setting or cvar that i can adjust to eliminate what might be an optimization technique. I’m after quality, not real time. Using the movie render queue to render. 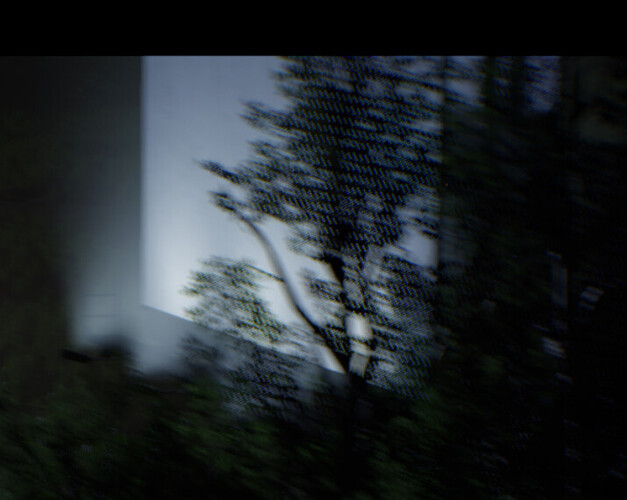 Are you using TAA when rendering? The dithering relies on TAA to work so without it, it will look bad.

Thanks for the reply SourceFilmmaker,

I’ve ditched the movie render queue workflow for the old sequencer render output.
I find it strange that the new workflow, designed for higher quality renders, is producing worse quality than the sequencer render output. In addition, the render times are through the roof!
Perhaps I’m not understanding the aliasing workflow (I was using temporal AA) but it’s real headache and a total waste of time, the new movie render queue workflow, that is.
I’ll dig a bit deeper into the TAA/dithering thing when I get this job out the door.

As far as I know exporting with the MRQ should be around the same speed as the old exporting method if both settings are parallel but once you start introducing things like multisampling then it will undoubtedly be slower but with the advantage of what should be a cleaner image.

You mentioned that the issue persists for a short amount of time after you scrub the timeline but then resolves itself which sounds like TAA reaccumulating samples but I guess if you still had TAA enabled in the MRQ then it’s not that. You could try using the multisampling AA instead of TAA and see if it helps but that of course comes with the increased render time.

Originally I thought your material was using dithering for something which requires TAA that’s why I mentioned it but if you aren’t using that it could be a setting with the volumetrics or translucency.