Hello, comrades. I want to annonce new plugin for unreal engine 4 (version 4.19 and later) wich adding support for background levels and instanced levels. This is will be usefull if you want create realy big world for players or multiroom game session or you have problem whis dynamic actors scale (like X-Rebirth ships interriors render)

Plugin for now in havy development and not support network or actors cross world travels. Also have some Editor only bugs (like tick issue in PIE).

You can found plugin sources on my GitHub repo here: Unreal-Engine-4-Multi-Map-Plugin

If you want to help me, please contact with me.

Hi, can you post screencaps/gifs/vids of what it can currently do?

Hi, can you post screencaps/gifs/vids of what it can currently do?

for now it only tested for cross level render captures (offscene renderer) . On a screenshot, Default level rendered throw render Target texture on plain placed on Root Empty level with every Tick updates. In future this plane can be used as portal.

Major issue for now it is a Editor. While PIE, background levels can not ticks.

Can you upload a sample project two. It’s hard to understand how the plugin is supposed to be used.
Thanks

Can you upload a sample project two. It’s hard to understand how the plugin is supposed to be used.
Thanks

I will upload a sample project based on the 3td Person template, when I find a way to fix bugs in the editor and implement the basic actor transfer system.

In 2 words: I have project with Galaxy Simulation wich has support multiplayer and procedural build by server seed. Game have several generation laуers (Galaxy, Solar System, Planet orbit). This plugin can simplified process of world composing and solve floating point problem. We just cut full sized world by layers (like standard World Composing do), but placing levels not into Persistent Level as slaves but as Independed levels and switch Viewport then needed.

I guess there are two independent game modes running

I guess there are two independent game modes running

yes for now. In future a plan to rewrite it and use some sort of Proxy Gamemode for transfering commands

New “In Progress” version can be find here: https://github.com/Delta-Proxima-Tea…e-RelatedWorld

Physics replication seems to be fixed. However, more tests are needed. Especially i do not sure how it react to the change world translation while gameplay

Actors transltation from world to world are now working correctly.
Now all that remains is to solve the problem with NetCullDistance and implement Attachment replication.

And I still can’t figure out how to implement auto-unload triggering, according to the PersistentLevel`s EndPlay Event.

After solving these issues (except for unloding), I think it will be possible to assemble the module as a plugin and put it on the market.

NetCullDistance behavior was fixed.
Added ReplicationGraph as default replication driver (for now just for the testing purpose. Will be replaced later).

Also added sample project. Can be downloaded here (based on ThirdPerson template) https://github.com/Delta-Proxima-Tea…e-RelatedWorld 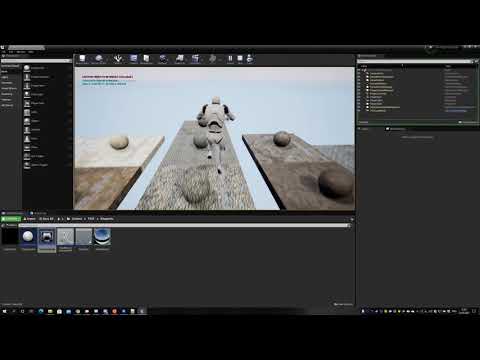 On the key event character moving from one world to another.