I want to make a fire like distortion in the air above some lava, the problem is that for some reason the particle system I made for it doesnt work, I made a material that does seem to do the right thing when applied to a box: My Particle system consists out of 2 emitters, 1 smoke emitter(just for testing purposes) and 1 “heatshimmer” emitter, this is the one that should distort/refract the air: And here is the particle system in the level: I checked if I had bad settings by applying a diffrent material but then it seems to work just fine. but as soon as I put my heatshimmer material on it doesnt show it anymore.

Can anyone help me with this?

The Cascade and Level editor look identical to me… You’ll want to use the ‘Refraction’ input of the material to create heat shimmer, and Lerp between two values based on a grayscale texture. It looks to me like a material issue rather than one with cascade.

In my experience refraction isn’t as useful as the previous Distortion input we had though, not for particle systems anyway.

Can you show a material screenshot?

Heres is a screenshot of the material: 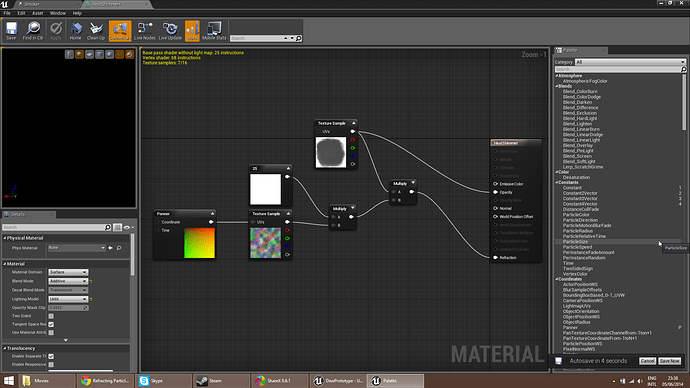 The weird thing is that the cube does have the shimmer so thats why i would assume(new to UE so might be wrong here) that the material should be ok!?

I’ve found that adding a normal map enhances the shimmer, especially if you’re talking about heat distortion looks at tileable noise maps, and panners.
Also Distortion values are IO values so very sensitive… 1.01 -1.9 for most normal materials… then there’s crystals and such at 2.0 and above…

Heres is a screenshot of the material:

The weird thing is that the cube does have the shimmer so thats why i would assume(new to UE so might be wrong here) that the material should be ok!?

Hmm, get rid of the opacity input, and use that texture to lerp between 1 and something like 1.4 in a lerp node, which plugs into refraction.

Thank you guys it works now:

Thanks for the help guys was really struggling on this! Now just to tweak it up and finish it 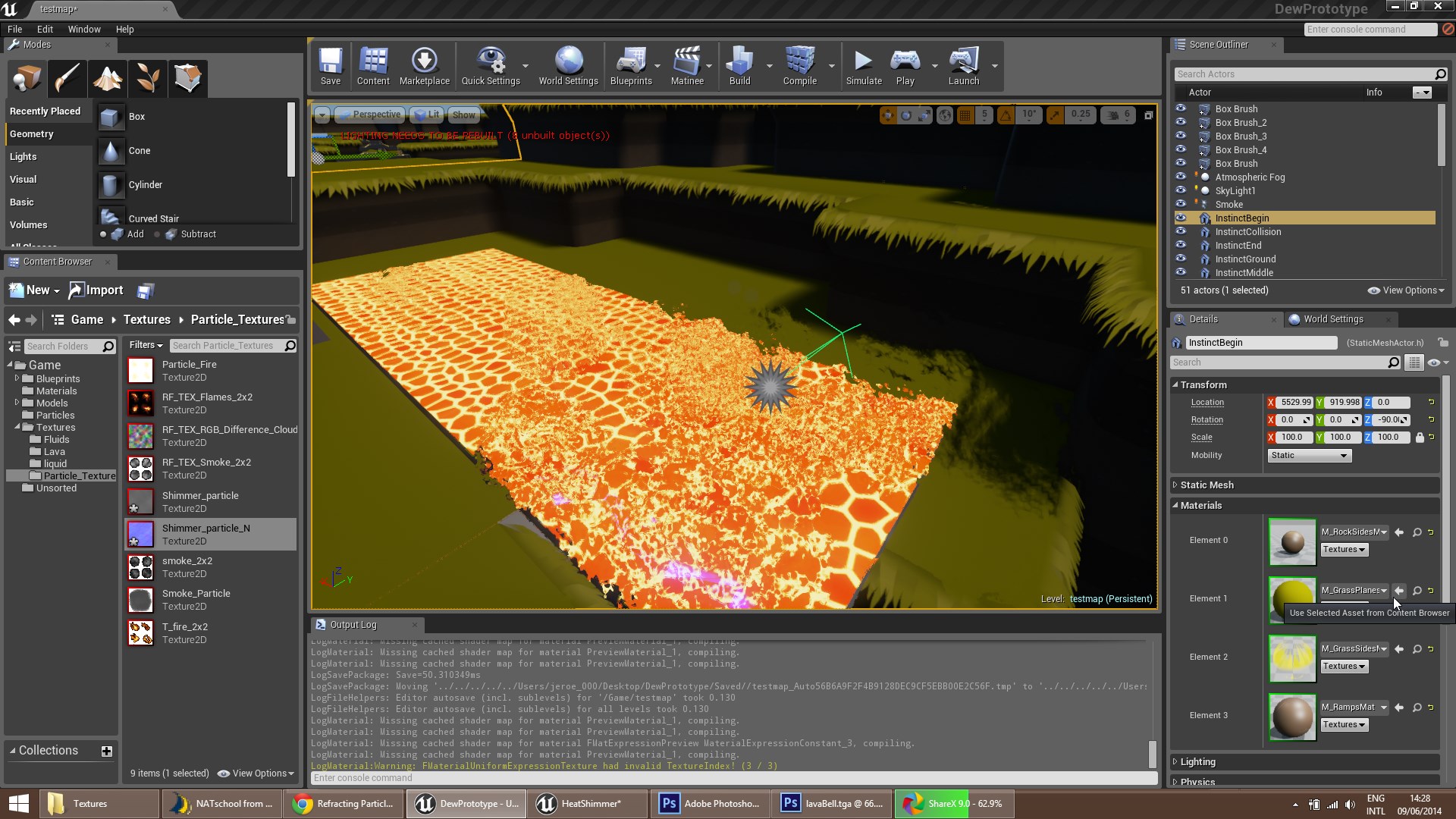 This is the material im using atm: 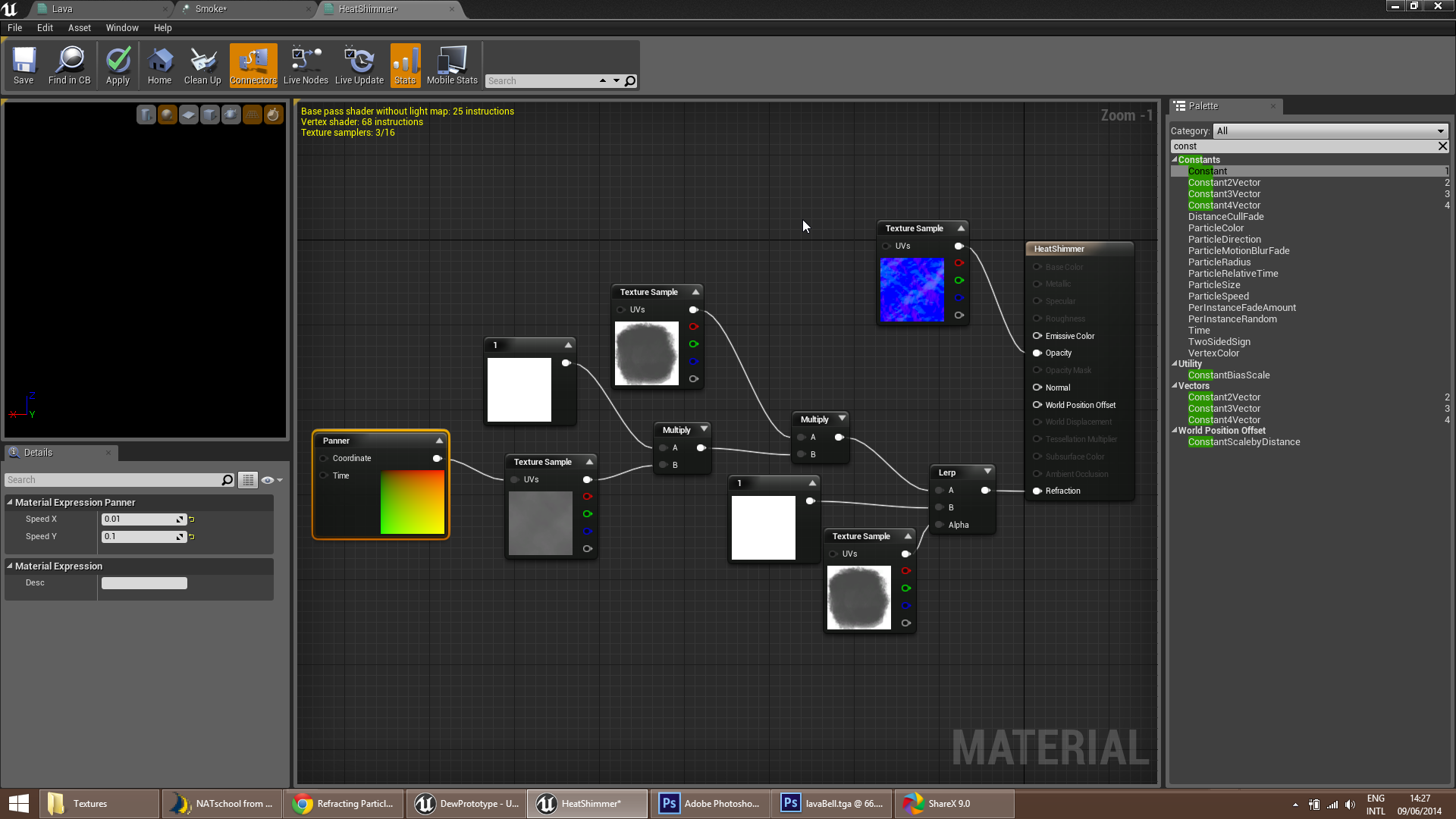 How can i get the particles to be less pixelated and more like the ones that go over the grassy land?

Well isnt having it on additive going to cause some issues?