Both have the same exact results found in the video link below: 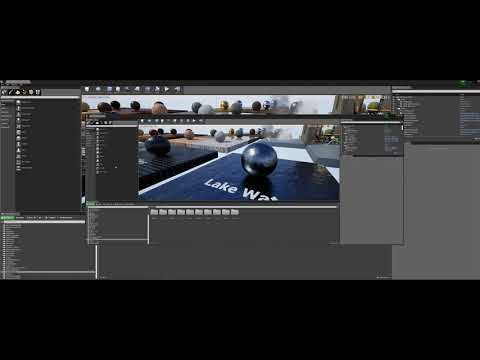 Could anyone tell me if there is a specific way to avoid this type of issue when using the editor?

I don’t think that has an issue to do with raytracing.

UE4 doesn’t support multiple cards, so you might try turning off any settings for that in the Nvidia Control Panel and see if that helps.

Can confirm this is an issue with SLI and running UE4 with -dx12. Only way I was able to fix it with my setup was simply disable SLI. Thankfully, not a total waste of the second card as I can (without SLI) run UE4 on card #1 and then run Blender and Photoshop on Card #2 (and chrome playing videos

). Allowing me to avoid running out of VRam. The entire computer seemed to be a bit more stable, as well, but that could just be a mind trick.

Its honestly kind of sad that nVidia (and AMD) have options for bridging but you can hardly do anything with it. Hardly anyone supports it and it appears even nVidia themselves don’t really do much to support it above just having the ability to enable it. My understanding is the technical aspect behind utilizing it is exponentially more complicated and presents limitations in what you can do with it. Even those who take advantage of it do really weird things to get it working and it’s mostly “hacky” ways to get it working.

So much for DX12 just natively taking advantages of both cards without needing to do anything with the SLI bridge (unless I’m misunderstanding something).

The feature in DX12 where it can take advantage of multiple cards of any model/brand is something that has to be implemented in the games themselves. As far as SLI is related to UE4, it’s something where if you were making a game with UE4 you could work with Nvidia to get an SLI profile for your game, but it’s not something designed to improve working with the editor.
I think for raytracing it may not end up requiring SLI to be turned on to be able to use multiple cards to accelerate raytracing, but we’ll have to see how things are when they get that feature put together.

Thank you so much for all the responses. That is an easy fix.