I wanted to post here to let you know that we just had a major release with Quixel Suite 2 - what I and many others consider to be the best thing we’ve ever done! I’ll link the release trailer here if you’re interested in checking it out. We’ve put a lot of work into this release, and for good reason - 3DO is now one to one with Unreal 4’s GGX shading, so the 3DO viewport shows you exactly what you’ll get when you bring your model into this beautiful engine! No more guesswork involved. What you see is what you get. I’m really looking forward to seeing the work that you can create with the tool!

We here at Quixel try to be open and responsive about the work we do. We’re a really small company, but are passionate about developing tools that people can use in their everyday art life.

If you have any questions, feel free to reply here and I’ll gladly respond as fast as I’m able to!

What exactly is Quixel Suite 2 for? From what I can see, it enables you to paint 3d models in Photoshop? I’m not familiar with any of the terms I am seeing (Scan Based PBR Texturing, etc.), as I am a programmer by trade.

Let’s pretend for a moment that I am a solo indie developer. I make my models in Maya, I make my textures in Photoshop, I make my code in UE4. How would this application help me?

Another question is about the licenses. If I am an indie developer that would like to use this product for the development of a commercially sold game, I would need a commercial license?

Got my update email, but didn’t have the time to try it out yet.
Me want Megascans! >

Hey Jamendxman3! Suite 2 is a tool specifically designed for rapid creation of physically accurate textures and high-quality normals for 3D models. Scan-based PBR texturing refers to the process of taking a material, scanning it with Quixel’s MegaScanner tool, and then deriving the physical values from the scanned data. The end result is a texturing process that is very true to life. It’s phenomenal - the scanner itself is such a beautiful example of engineering.

As an indie developer, you’d be able to use Quixel Suite as an affordable way to rapidly create PBR textures for any kind of asset with relative ease. Manually creating textures in Photoshop will also yield good results, but will take a lot of time in comparison to creating all of the textures required for the PBR workflow in the way that the Suite does as part of its workflow. 3DO is also capable of displaying models identically to how they appear in Unreal 4, making visual fidelity the focus - instead of trying to guess at what physical values you would need for the albedo map and the roughness map to get the model to appear the same in 3DO as it does in UE4. All around, you can expect to spend a lot less time creating results that would have taken far longer with the Photoshop-only workflow!

If you’d like to see the workflow in action, this video by Tor Frick is a great in-depth explanation of everything! 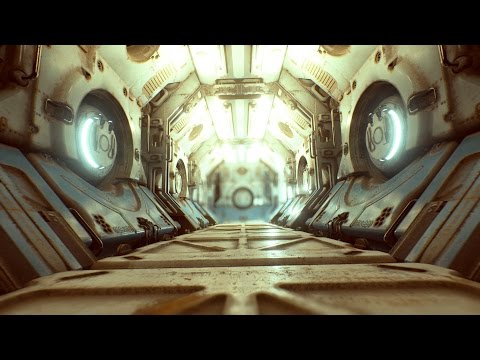 As an indie developer, you are entitled to sell any art asset (including inside of any video game you develop) without needing to upgrade to a commercial license. The artwork you create is yours to do with as you please. We feel that the pricing of the indie license makes it especially attractive for smaller developers to compete.

Bruno: We want Megascans out as much as you do!

Hang on, we’re focusing on it next!

Just saw this in my inbox the other day. Looking forward to checking it out. =)

Is there any sort of trial for this software? Like I said before, I am a programmer by trade, and as such, I would have no way of knowing whether or not this software would be handy until I try it for myself. I realize that there is an Academic License for a good price, but I am only interested if I would be able to have some sort of money-back guarantee in the event that it doesn’t suit my needs.

If I buy the indie license would I be able to install it on the several machines we’re using here and use it at the same time or not?

If I buy the indie license would I be able to install it on the several machines we’re using here and use it at the same time or not?

I think you can’t, but you can use install it on multiple machines and logout the first to use it on second.

I think you can’t, but you can use install it on multiple machines and logout the first to use it on second.

Aquazi is correct - we don’t currently support floating licenses, but that is coming in the future!

For now, you can activate and deactivate on an as-needed basis. Sorry about the inconvenience!

Exactly! We’re working on floating licenses, so that should make it substantially more convenient for some studios and people with multiple machines.

Exactly! We’re working on floating licenses, so that should make it substantially more convenient for some studios and people with multiple machines.

So there’s no problem with installing the Quixel Suite 2.0 on my desktop, second desktop, laptop, and toaster, as long as I only use it on one at a time? Won’t run into any licensing issues? I take it this doesn’t limit the offline functionality?

So there’s no problem with installing the Quixel Suite 2.0 on my desktop, second desktop, laptop, and toaster, as long as I only use it on one at a time? Won’t run into any licensing issues? I take it this doesn’t limit the offline functionality?

Should be good, even on the toaster. Just make sure the toaster has Photoshop CS3 (CS6 and up if you want NDO Painter to function in 3D

) and a 64-bit copy of Windows! I don’t think you’ll have any issues going offline and using the software.

LcSweeper, Jamendxman3 - the Suite is essentially a Photoshop plugin, albeit an incredibly advanced one! You will still need Photoshop. There is no escaping that prerequisite.

The ‘Quixel Suite’ is not a standalone prog, you NEED photoshop.