I’m working on a bit advanced effect/shader and I wanted to alter the screen using a mesh. In UE3 it was easy, you simply had to setup a translucent material to modify the SceneTexture node (like doing UV offsets).

However, a similar setup in Rocket doesn’t give me similar results. I’m having troubles to understand/find the good setup to achieve this type of effect. I tried to apply a SceneColor node (and not a SceneTexture node since it’s not compatible with translucent materials). However my shader renders black.

Any ideas where I would have done a wrong setup ? 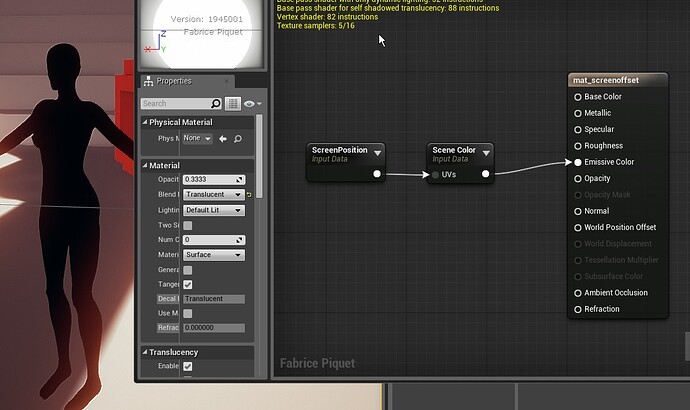 Have you tried running the game either in Simulate in Editor or Play in Editor? In the latest build here, it works as you’d assume but only while playing the game: 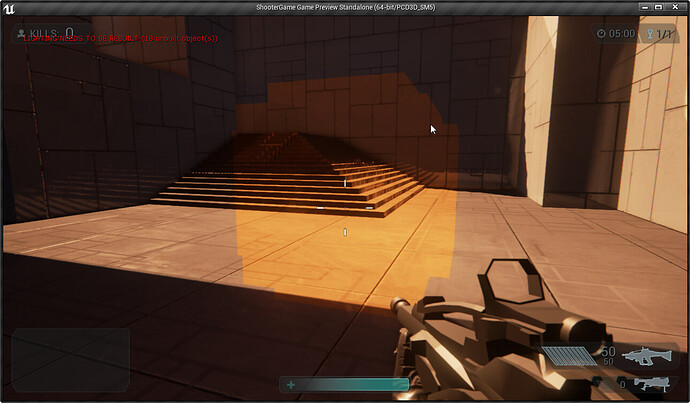 In this case I just plugged your setup into Base Color to make sure I don’t get any crazy blooming effects. But while in editor it’s crazy blown out, looks like the error material used for checking if poly’s are outside the Actor bounds.

I’m going to file a bug report for how it’s behaving in the editor. But, if it isn’t working for you in game or simulate, I can tell you it has been fixed in the latest internal build.

Thanks for the workaround !

I thought the editor was showing exactly the same as the PIE, so I didn’t think about trying PIE or Simulate mode.

Also, when restarting Rocket this morning it was even working in the editor ! However recompiling the shader or going into the simulate mode will bring it back to black in the editor.