What is Proxy?
PROXY is a science fiction action adventure game set on the distant space colony of New Los Angeles in the year 3875. The story revolves around a private investigator named Trent who must help a young cyborg named Alicia flee from the evil RASTEK Corportaion that wants to turn her into an assembly line killing machine.

Game Features
PROXY will feature an innovative gameplay experience that allows the player to switch between Trent and Alicia on the fly to tackle a wide variety of enemies with ranged and melee combat at the same time! (Which is previewed in the teaser between, ( 00:44 - 00:52 )
In addition, all of the story cut scenes will be traditionally (2D) animated in lieu of using 3d machinima to give a more stylized approach to in game story telling.

About Us!
PROXY began as a student development project at the Los Angeles Film School in Hollywood that includes students and graduates from several disciplines (Animation & VFX, Game Production, Music Production). PROXY aims to give the students and grads real world game development experience by working together and releasing a project together as a team in order to further their career in the video game industry.

Project Future
With a little bit more development time, PROXY will be an episodic arcade style action game that allows the player to face endless waves of enemies in increasingly difficult scenarios to achieve the highest score possible, in addition to a single story mission that threads the PROXY universe together between each release. Upon further development, we also aim to deliver fast paced hover car racing (a la Star Wars: Episode One Racer) and new animated sequences.
**
Here are two of our most updated game mechanics!** 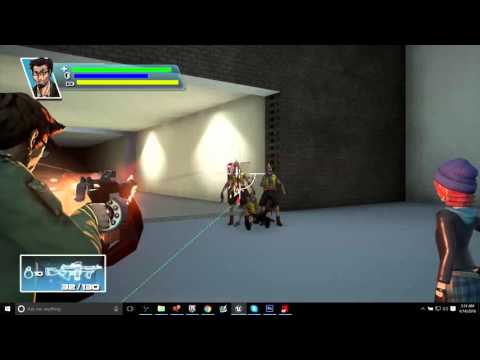 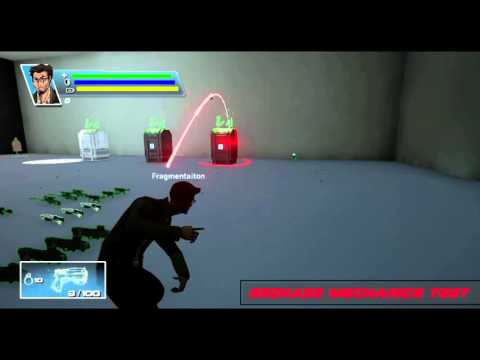 **
We have a public demo available for anyone to play!**

Check it out here: http://www.project-proxy.net/

this is so cool, great teaser and story. Looking forward to see how this goes!

Thanks Cyberreality! I really dig your blog too, great tutorials and info

Here are the final models of the hero characters Trent and Alicia. Modeled in Maya, sculpted in Zbrush, rendered in Unreal with Substance.

Here is another update, on the Melee system for Alicia!

The melee system supports countering, as well as air and ground combos.

This is the latest storyboard from our 2D Cinematic.

I been keeping an eye on your guys project as well and you guys have made some awesome headway and I like the new take on Alice!
When I had to start messing with montages and root motion for the first time I came across some of you videos and they helped point me in the right direction and thanks for that, I do hope in short time I will be able to get some more videos produced on some of the workflow I do on this project and give back to the community.

I think at this point I can finally present a short video that goes over some of the functionality of the other character in the game Trent. This guys is still a work in progress and allot of his animations are sure to change to better fit the game play as we go forward.
Hope you guys enjoy the first real showing of Trent!

Hey guys this is Kyle from PROXY,

Ill be doing a live stream today on one of our enemy engineer characters, the character has all the default textures but today he will be getting a Substance Painter pass.
Ill be working on this character up to the point that we get the character into the engine with the updated texture maps plugged into it material channel. Feel free to drop in and say hi!

So instead of presenting a screenshot of some of characters we thought it would be pretty cool to be able to show off the characters in their full view that are in the game.
Here are some of the street gangs members posed out with some annotations that tell a little bit about each one, let us know what you think!

Hey guys Kyle here from project PROXY,
with another enemy unit reveal, this enemy comes from the Urban Riot Control side of things in NLA. Enter the URC Dreadnought
[sketchfab]e83f4c1afe524302b8defda19108c0b5[/sketchfab]

[COLOR=#333333]Hey everyone Kyle from project [/COLOR][COLOR=#333333]PROXY[/COLOR][COLOR=#333333],[/COLOR]
Its been a really busy last two weeks of blueprinting, I did not get the chance to put together a new model set for this Saturdays post. So to cover for that here is a video update on some of the game mechanics for the third person shooter character Trent.

If anyone would like me to do video giving a rundown of the weapon and ammo system just let me know or just post it on here and I will get something up as soon as possible, till next time!

Kyle here from project [COLOR=#333333]PROXY,[/COLOR]
Another week down for [COLOR=#627AAD]‪#‎ScreenshotSaturday‬](https://www.facebook.com/hashtag/screenshotsaturday?source=feed_text)
This will be a short description so the SketchFab model we’ll tell the rest but here is another character you may run across in NLA as Trent or Alyshia!
[sketchfab]581ecaa30ab048b7b595492bf739b3a7[/sketchfab][/COLOR]
Official Website - http://www.project-proxy.net/
Facebook - https://www.facebook.com/ProxytheGame…
Tumblr - http://project-proxy.tumblr.com/

This is Steven with a new update to Alicia’s combat system! Updated combo finishers, as well as cybernetic weapons she materializes to help her take down her enemies!

Still got some bugs, but it is good progress!