Hey!
I put some lights on the map, at first it should be off, and when I get into a trigger it turns on, but when I render it still emits light (it is deactivated), I tried deactivating values, decreasing brightness, attenuation, moving them, but nothing, I have the “postprocessingvolume” and the “lightmassimportancevolume” that comes by default on the map “First Person”, I’m missing something? 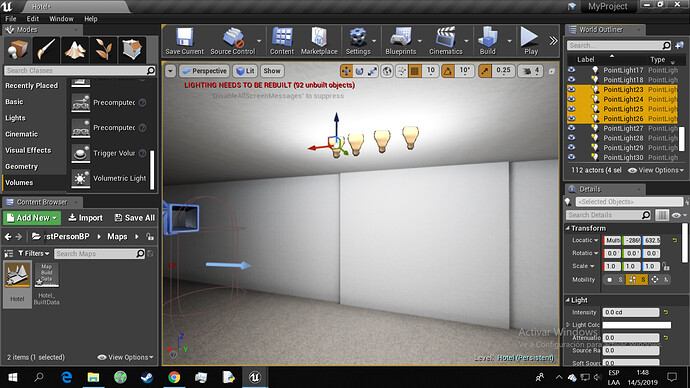 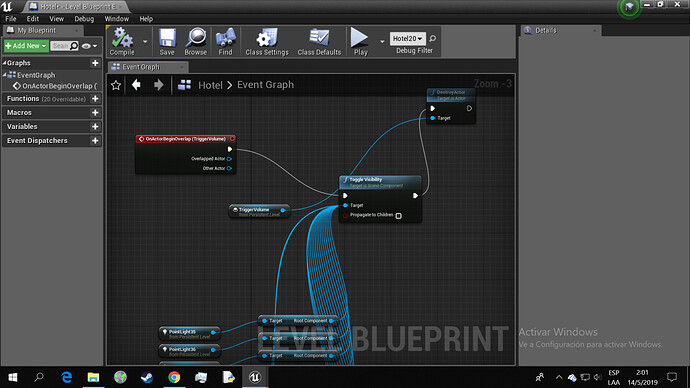 Perhaps you baked the lights previously and now need to rebuild so it’s hard to see changes. That’s one thing, unlikely though.

Another thing is that you’re changing the visibility of the root component (rather than the Light Component itself), and the Propagation is unticked which means that the command never cascades down the hierarchy - hard to tell for sure since we can’t see the hierarchy - worth checking out.

Also, consider using arrays in order to avoid all those wires.

ok, thank you very much for all the advice, as you saw I’m new to this, I will try to implement everything, thank you!