When I open my asset blueprint (based on a c++ class) the camera is zoomed out so far that it is a dot. 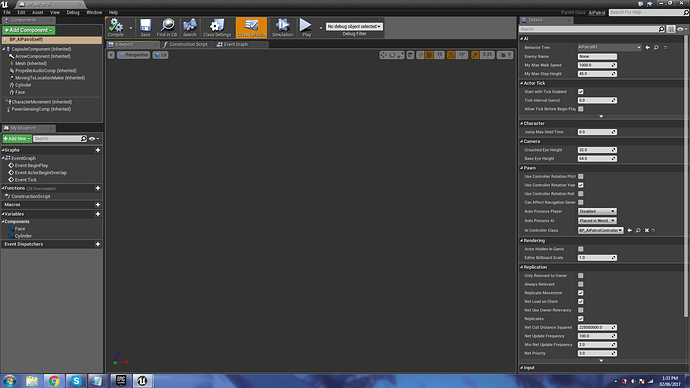 I have to scroll for 20 seconds just to zoom in enough to see it. 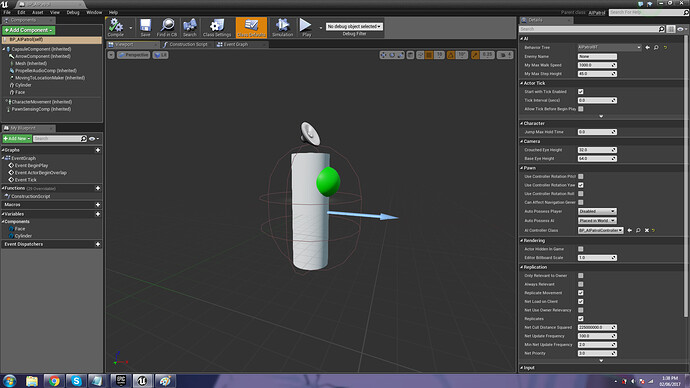 When I go to the drop down arrow in the top light (Preview Viewport Options) and click on Reset Camera it zooms me back out (if I’ve zoomed in) to where I started.

For those who want to know this happened when I was trying to make foot prints show up behind the Enemy I’m working on. clearly I did something wrong probably adding UDecalComponent to the Enemy so I could switch the image in and out from the editor.

I think I know what to try next by storing the image in a material and spawn it with UGameplayStatics::SpawnDecalAtLocation some how. I’ll hopefully figure it out unless someone wants to help me out with that too, the tutorials I found were in blueprint coding not c++ and were triggered by animations and my game won’t have animations it makes sense for my game but it would be too long to explain it here.

On top of that the person who is helping me, she hasn’t finish the 3d model yet so I put a cylinder in temporarily with a sphere so I can tell where they are facing (I just a programmer and calling myself that might be a stretch).

I just want to spawn foot prints on the floor but right now I want to fix the camera in the editor even more because I don’t want to add foot prints then find out I need go back removing the work I did to fix the camera. I already downloaded the project from GitHub (again) or I think its call cloning, to remove all the changes I did.

P.P.S.
Thank you to anyone who took the time to read this.