problem with baking the shadows. To get black spots

Shadow get black spots in some places of the texture. the objects do not have UV overlaps
It is rendering in 3ds max 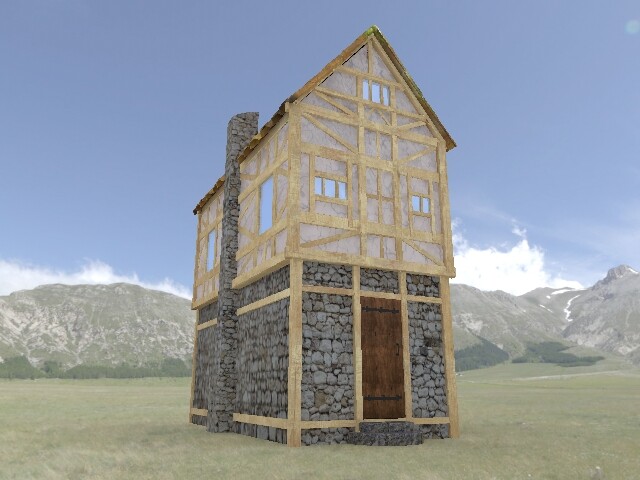 It is rendering in UE4 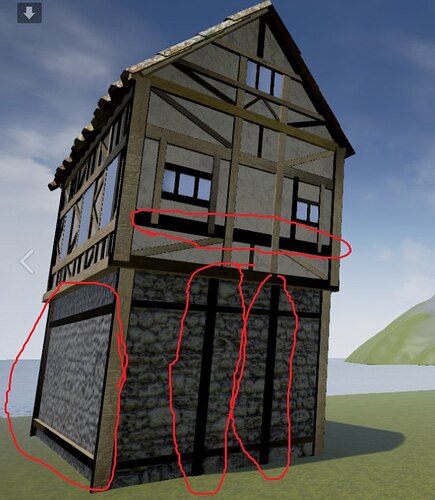 Can you post a screenshot of your lightmap UV’s?
If that’s all one mesh then it’s probably too complex for a single lightmap. Also, if you didn’t change the default lightmap resolution then 64 is too low for that. 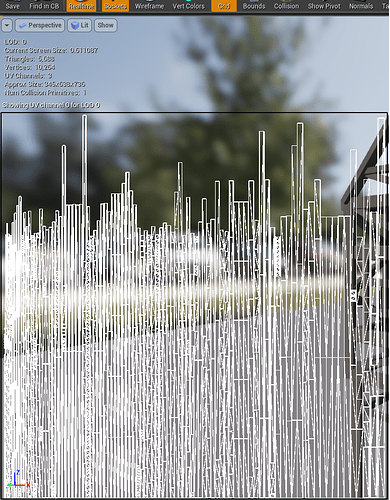 Yeah, that’s not going to work at all, looks like you probably have some modeling issues but the main problem is too many things and they’re too close together.

Yeah you’re going to want to break up the model into a few pieces, and space out the islands in your lightmap UVs. Make sure there are no overlaps as well.

Lightmap resolution. Try 2k at least there. then break it up like everyone else is saying.

You really should just do a flat projection mapping of each wall and then adjust the UVs so that the perpendicular surfaces (like the sides of the wooden parts) have some space on the UV as well.