I’m currently working on a portal like mecanic project. I want to be able to create 2 portal walk throw them to be teleported and beeing able to see throw them.

The project is doing well as you can see on this video :

But I still have a problem :

To render the other side of the portal, each portal as a scene capture component 2D attach to it witch are use to render the texture for the other portal.

The scene capture component 2D position is updated every tick following this scheme : 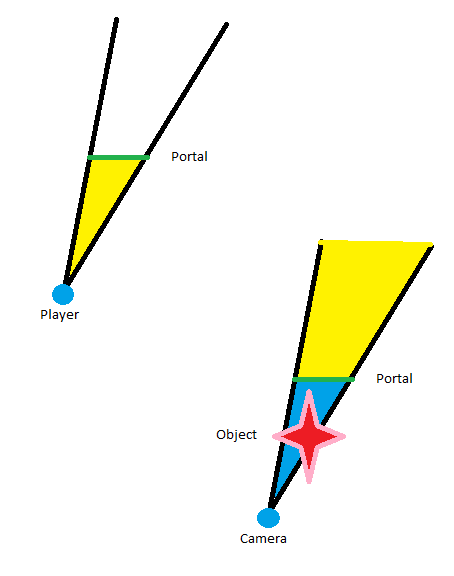 The player is supposed to see on his viewport the yellow area.

Do you have any solution to fix this ? I thought about changing the near value of the camera so it only render object further than the portalbut it looks like in unreal engine there is only one near value for every camera and I don’t whant other cameras to be affected by that.