I’m trying to create a basic ‘portal door’ similar to the portals from Portal the game. Instead of something you shoot out onto a wall, I just want it to work on a static door. The effect I want is an area where you open a door to what looks like another room however it is a room you’ve already been in. When you walk through it seamlessly teleports you so it seems like the physical space is there when it isn’t. I managed to find a few videos of people demonstrating their own but not explaining how they did it: UE4 Portal Doors - YouTube

I’ve got the 2D capture and a feed running already. The problem is the render target isn’t functioning how I want it at all. 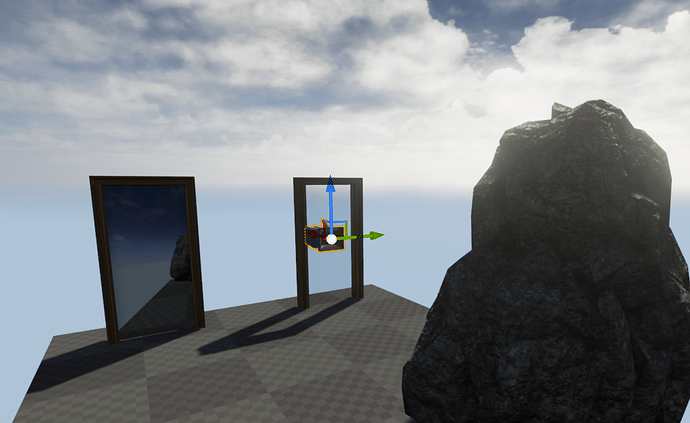 I’ve struggled to find any tutorials so I’m hoping someone may know something that can help me.

I found a solution to this on some random blog once, it worked great too…I will try to find it again and post…

I couldn’t find it but check out this thread

Interesting idea. Haven’t found a direct answer, but here are some interesting links

I recently started using Unreal Engine 4 and was disappointed to see the removal of the UTPortal actor. I've tried experimenting with SceneCapture2D and depth buffers to get a similar effect, but the resulting view, while three-dimensional, lacks any... 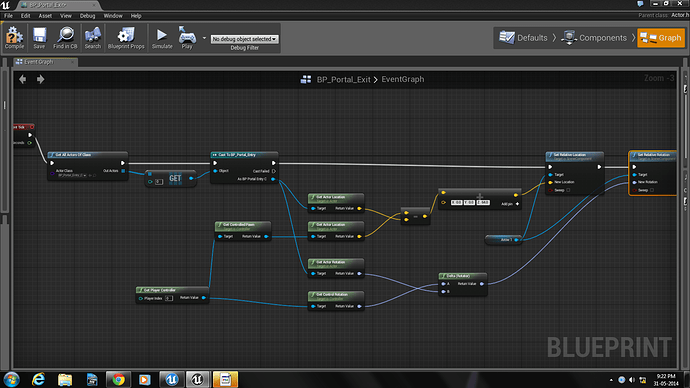 Rotate player in the same rotation than target

How do I manage map transitions?

I can't seem to figure out how to switch between levels or maps in a nice seamless fashion. I'm probably overlooking something obvious. The effect I'm going for is similar to the lift in Portal 2. Enter a windowless room and switch maps in the...

The thread that I posted explains how they achieved the result in the second youtube link you posted.

After a little research and thingking.I found a way to do this without code to modify the engine.The only way I found to do this effect like ‘Portal’ game is to replicate the whole scene runtime and connect it to the ‘back’ of your portal door,some modify steps need to take,such as change the gravity direction,etc.Obviously it’s very costing.But it’s the only way I found you can do without C++ code modify thr engine.