My name is Jean-Yves and I’m a surveyor; I’m new to UE.
I’d like to creat 3D animation for professional purpose based on real world.
For instance, I have point cloud created in a stone-pit from our terrestrial 3D SCAN.
Now, I’d like to import it into UE as a Landscape.
It seems that UE needs two raster files :

I have no idea how to creat these two raster files.

Have a nice day and thanks in advance for your Help

I do not know if this will cover everything, but I attempted something along the lines of what you are asking and worked out a kind of pipeline. Very briefly, it was:

GlobalMapper:
First, I accessed this course on Gnomon Workshop, which introduced me to GlobalMapper, which is pricey, but you may already have it is you are a professional surveyer. Also, every so often they have a new version that gives you a ten day trial, so you can work with your data there. 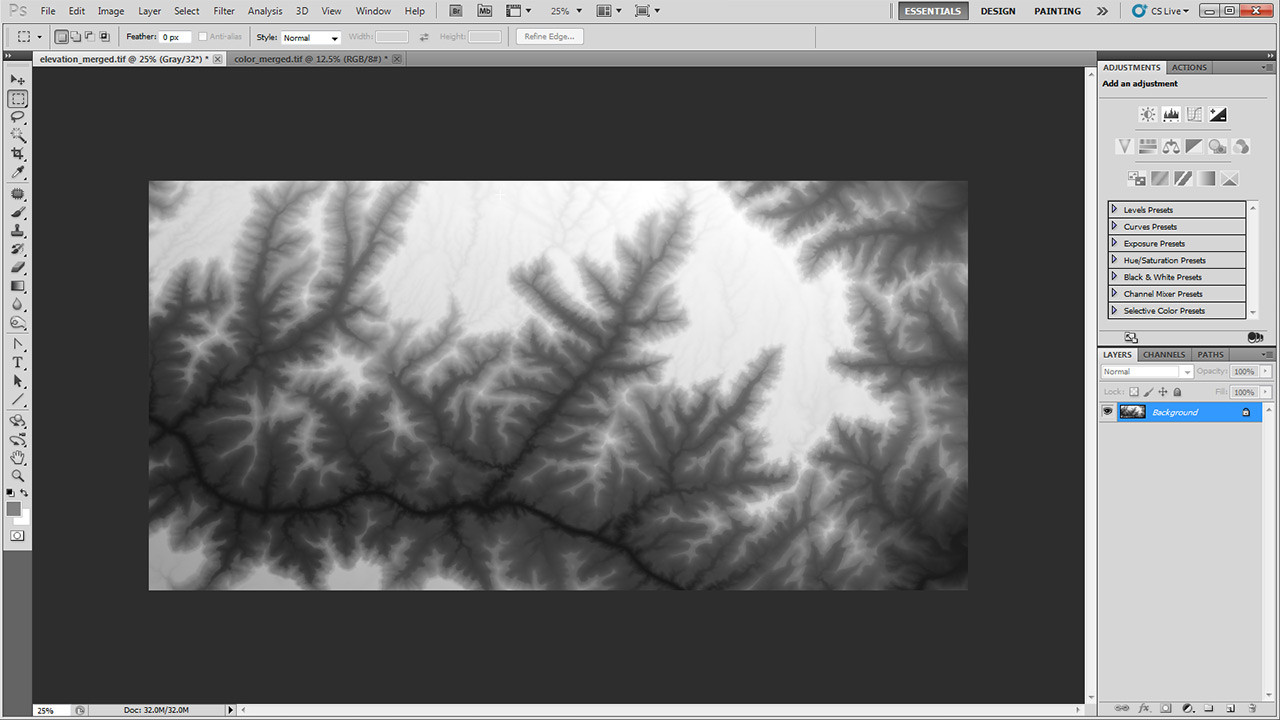 The first 5 parts of Volume 1 (I didn;t need the parts about Maya) were particularly helpful in familiarizing me with how to export hi-res geographic LIDAR scans and .LAS into heightmaps and color rasters of selected geography.

I then discovered QuadSpinner Gaea, which was (for me) a simpler and more user friendly competitor to World Machine. A node based tool for visualizing terrain exporting terrain PNGs

This allowed me to visualize the height data, as well as to do other things that may be beyond the scope of what you’re asking, but if you look at the links you’ll get the idea.

Then I did this “Gaea to Unreal” course to understand how Gaea works with Unreal’s landscaping system:

Follow me for updates on what I am creating.

Try looking at those options, and maybe that will help.

Thank you very much for your answer and advice.
It’s very helpfull. I’ll have a look specialy on QuadSpinner.

GlobalMapper had first allowed me to define a real world region of LIDAR data about 1.5 square km. Data that was itself classified as “ground” data as well as “unclassified” data (meaning trees) that I exported as two extremely hi res heightmaps. Each of them about 2GB, far too big to do anything with in Unreal.

The other thing Gaea did was to allow me to generate a 1500 x 1500 “tree map” from the unclassified LIDAR data that was a black and white mask that I used with the Unreal Landscape tool to create a tree layer, where the Unreal Foliage tool would only instance where real world trees would be. It looked interesting.

I will not describe the many experiments in landscape texturing that I did based off what I learned in the Robon tutorial, beyond saying that I wanted to go beyond raster satellite imagery which would not have enough texel density to look convincing at human scale.

In other words, I wanted realistic landscape a player could walk across.

But if I were making, say, a flight simulator where the view is at a great distance I would not really have needed Gaea, I would just have gotten the heightmap and raster from Global Mapper, worked with them in Photoshop, and applied them in Unreal Landscaping.

So just be aware that if you do not need to get into true environmental landscape design, you might not actually need Gaea. But it is a really interesting tool with a trial period and all.