I know that only public directory can be shared for other module but the game’s source does not have public directory by default. Does plugin can include project module’s header file ? Is it can be implemented?

did you try adding a complete path to that ‘generated’ include file as well?

I have tried to include a complete path but error also occured with : fatal error C1083: Cannot open include file: ‘lhcGamesingleton.generated.h’: No such file or directory.

I was able to include a custom actor class inside my plugin so it may be specific to singleton classes. How did you setup the singleton class? Was this done through Visual Studio or the editor? Could you post the header file for IhcGamesingleton.h? 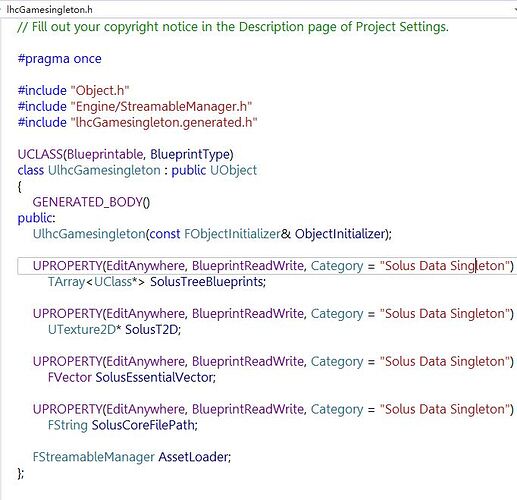 This is my project folder’s snapshot: 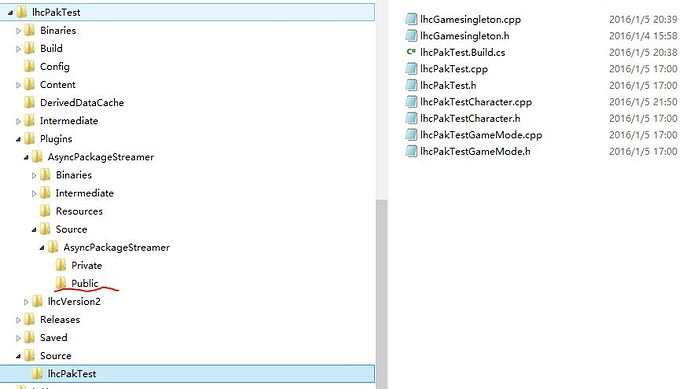 After further testing I found that adding the include statement inside the header file of the plugin rather than the source file should allow the code to compile successfully. Let me know if this change helps? 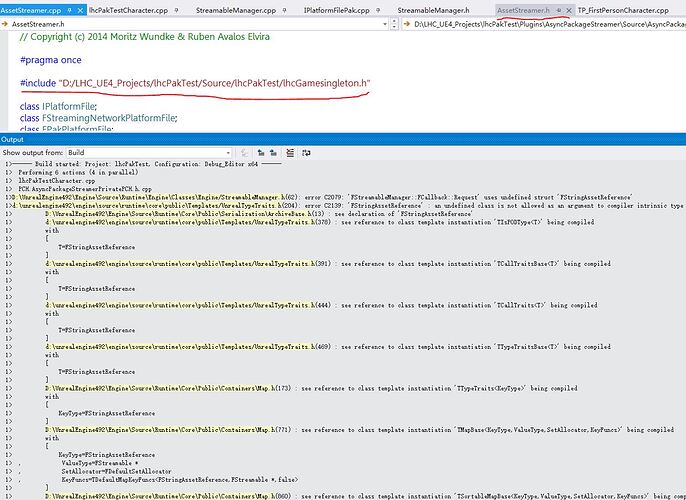 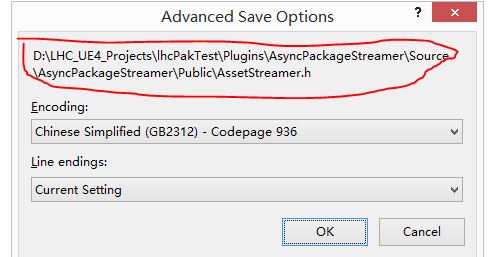 Does the code compile successfully if you remove the include statement completely? I don’t see the “cannot open include file” error that you mentioned originally in the screenshot. Based on the underlined parts of the screenshot it appears that AssetStreamer is your plugin which it doesn’t appear that any of the reported errors are referring to. If possible I would like you to build the project without the include to ensure that adding the include statement alone is breaking the compile.

Let me know the result of compiling without the include statement and/or if any of the other information is helpful.

Thanks for your help !

You are right ! In my origin opinion the plugin want to use the project’s singleton class. For example :
UlhcGamesingleton * singletonObj = Cast(GEngine->GameSingleton);

I have to find another solution now. Thanks.

Hey, I’m doing something similar to this. I am trying to use use UE4Duino plugin in C++. I added dependency to Myproject.build.cs and exported the class by adding UE4DUINO_API right after the class keyword in plugin source header file. Still I cannot include plugin in my working code and it says " Cannot open include file: ‘Serial.h’: No such file or directory Serial_test D:\UE4_Projects\Mocap_test_corrected\Serial_test\Source\Serial_test\charact1.cpp 5". Please assist me with this.
thank you