I don’t quite understand what happened, that the smoke trail in my explosion effect does not spawn any particles. I’m pretty sure as I have always activated the view particle counts checkbox. I recreate the effect of the file based on the official example: P_Ribbon_trails, except a few changes in color modules(but Alpha is only set to zero at the end so I’m pretty sure it’s not the cause…).

Max Draw Count checkbox deactivated, and for each of the two ribbon emitter I adjust Max Trail Count to be 50, and leave Max Particle Per Trail to be 500 as default. Other things are as like in the P_Ribbon_trails example, but it just never spawn any particles…I’ve tried export the emitter directly from P_Ribbon_trails to my particle system and change the source name to the splinter emitter in my particle system but that won’t help either.
I don’t understand what happened exactly.

Searching on the Internet gives the result saying that Max Draw Count is limited in code for about 130 thousand particles? But I’m pretty sure mine never exceed that for the Particle Counts show just 523 for each Ribbon emitter, and the other emitter in my particle system have at most 300 particles added together…

Here is my particle system: 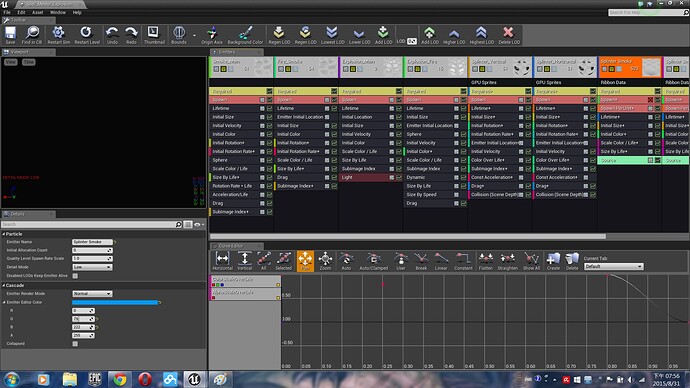 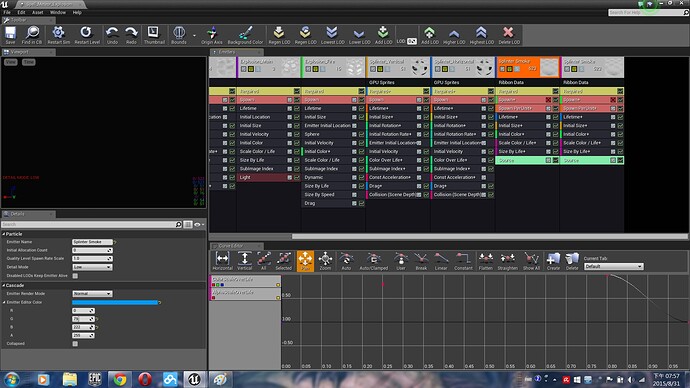 And here is the effect shown in map: 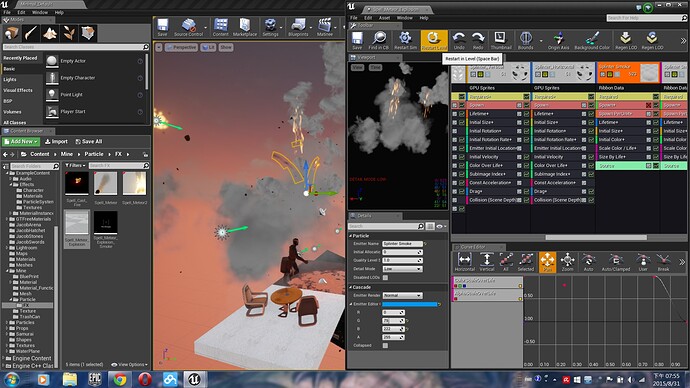 未命名.jpg1920×1080 489 KB
The splinter never got any smoke trail effect…As such I’m sure it’s not another problem I’ve read which stated that it showed up in the map but disappear in the view window of Cascade.
Also, the burst number of my two splinter particle emitter is 40~50 for each, not too many, so I’m quite sure it’s not that it showed up but I don’t notice any, but rather just the smoke trail never showed up.

Is there any other limit to Cascade or Ribbon type particle which might cause this problem? Or I just missed something in the example of P_Ribbon_trails?