Hello, everyone. I am new to this forums but I’ve been around “game modding” for a longer time. Since the first Far Cry, BF1942, CoD2, CoD WAW. So I started my new project and its a video game, a third person shooter. Dont know the story yet but I am planing on something like Metal Gear but a Resident Evil like gameplay. Will see…
For now I have
+a player mesh from Mixamo with animations
+sprinting and camera shake
+a parallax occlusion mapping technique with contact shadows
+an AR rifle and a pistol
+selection wheel
+croshair widget with recoil
+ammo counter and ammo pickups

If you are interested you can check my YT channel:

This can be like my DEVLOG right?
Thanks all

So here is a small screenshot of my current progress…I have a character model, a gun model, with animations, and these cool POM textures with nice shadows…I come from IW engine modding so these are new and cool features for me… 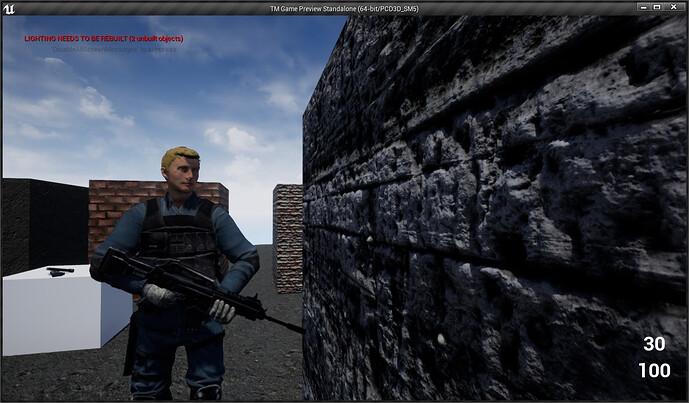 A small update on my weapons. So here is a widget with blueprints and meshes that adds ammo to player when in range and pressed F (I know, standard). Have one for my AR and one for my Pistol. Adding some grenades ATM so will need to add that one too… 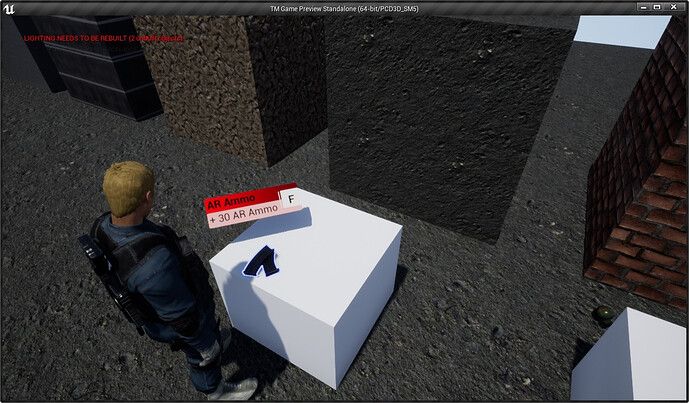 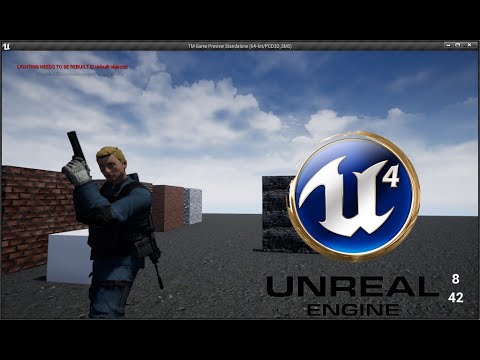 Ran into a little problem with my sphere trace with my grenade. After the grenade is thrown I did a multisphere trace and when hit damage and camera shake is applied. But it would not hid my actor. So after trying many different things the problem was the character collision preset as “PAWN” was set to IGNORE visibility and camera traces. Changing the collision preset would result in my ammo pickups ignoring player overlap. So after editing the Project Setting and Collision I manage to get it to work. I trace the line from the grenade null point to the impact point on the player, get the distance, divide it by a number to get the damage output and decrease the player health with applied Camera Shake with different scale depending on the distance. 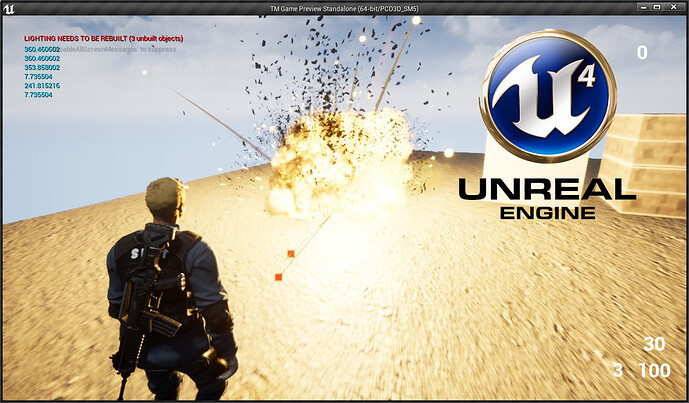 Started to add footsteps. Have only some default ones from another game as placeholders…need to replace them but they are just placeholders 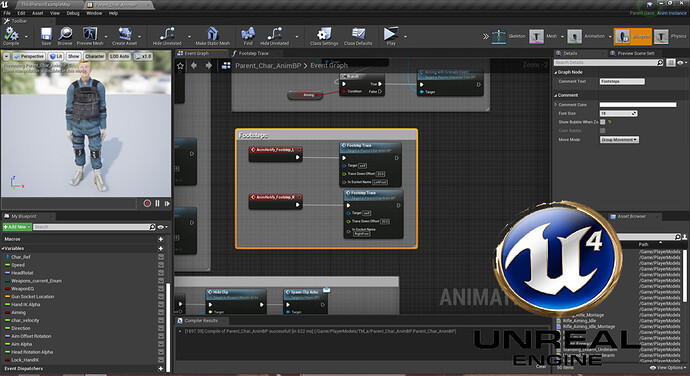 Adding some NPCs to test out some engine features . I really like the fact that I can put a mesh with a skeleton and asign a animation for it. Dont need Blueprints at all. 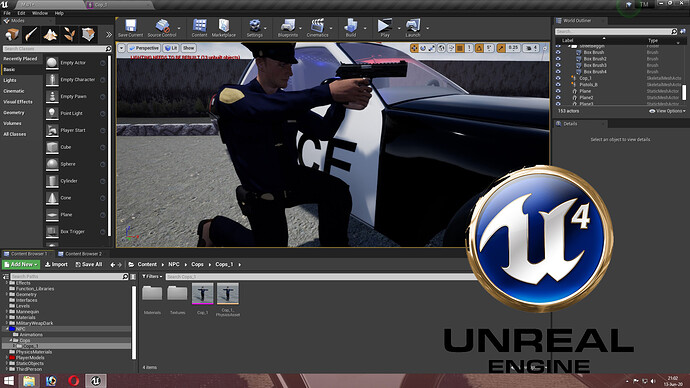 So after some grenades debugging and some minor widget adjustments I started to add static meshes to my first level. I slowly make assets(download them)
and build level with what I need. Trying megascans ATM. 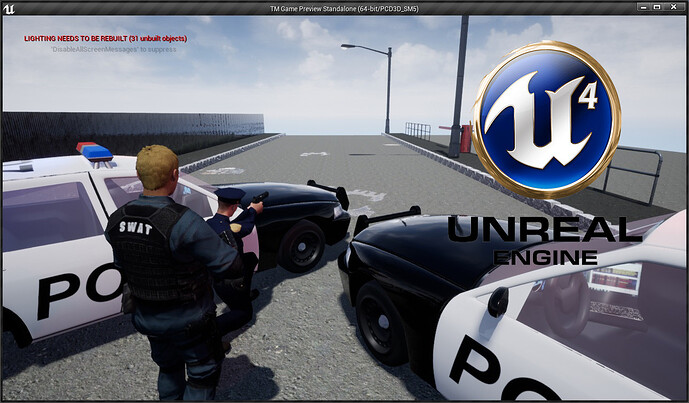 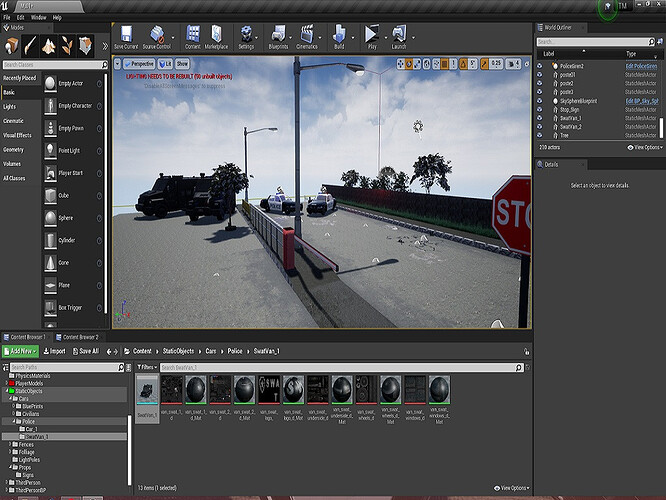 Had a lot of work during the weekend so I did not have the chance to work on this project. Started today again with adding some nice static mesh like fences and slowly building my level. 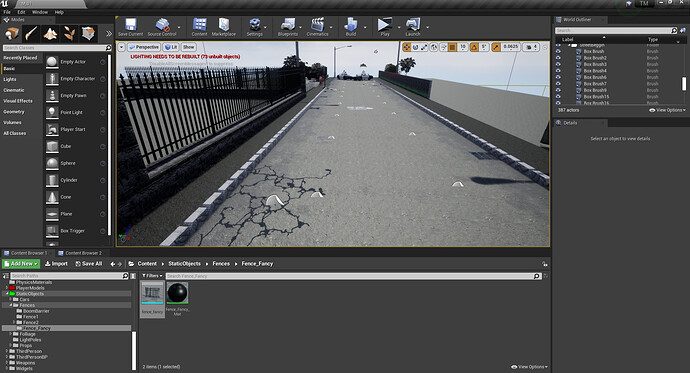 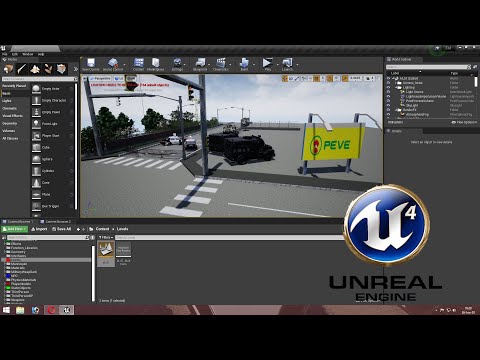 I dont know much about modeling so I will build my static meshes even large ones in UE4 using BSP. Here is the start of an office building. 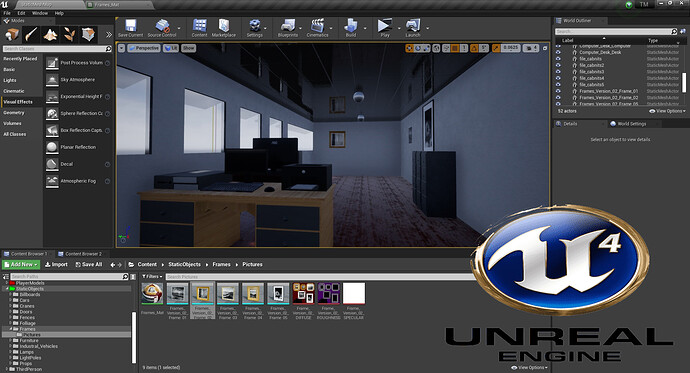 This is my “static mesh” map where I put all the static meshes and materials and geometry together and then combine it into one static mesh actor so I can put it to use in my level. Here is a little peek to my windows, desks, computer and other office stuff. 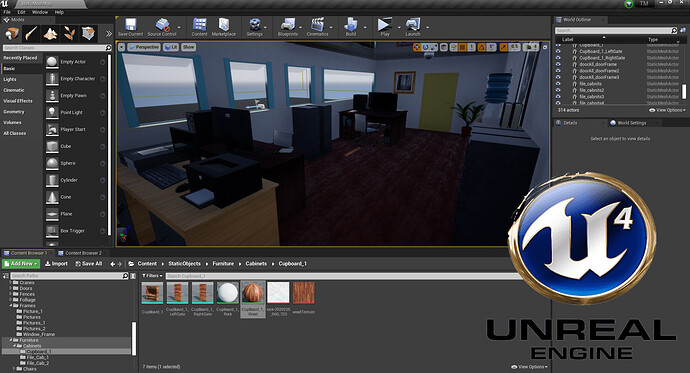 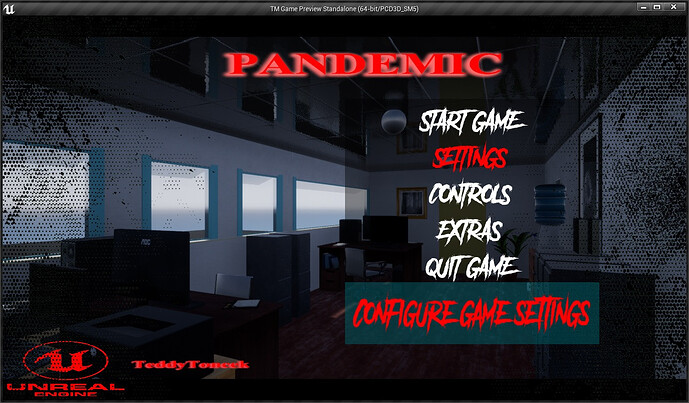 Been busy with work lately so I did not make much…here is the settings screen. With currently selected settings highlighted and rendered real time. 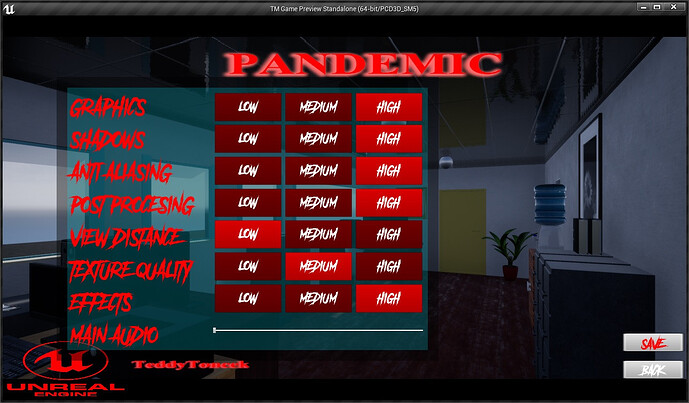 Building my first building with interior…have 4 rooms + 1 hallway and it looks really nice. 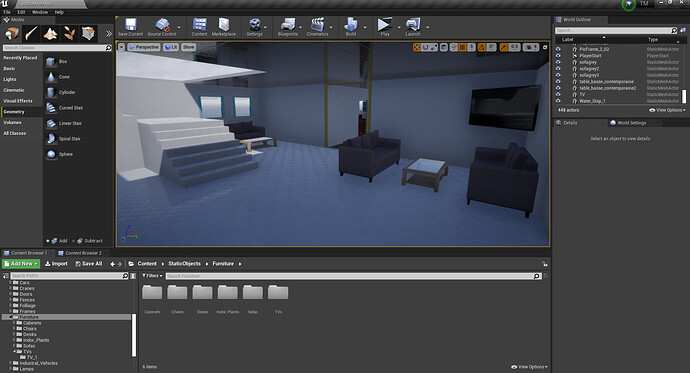 Just a quick video on whats new. Been really busy with work lately… 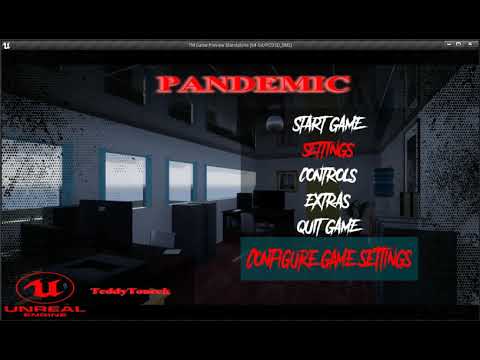 I just love easter eggs in video games. Expect a lot of EE and references from real life here. 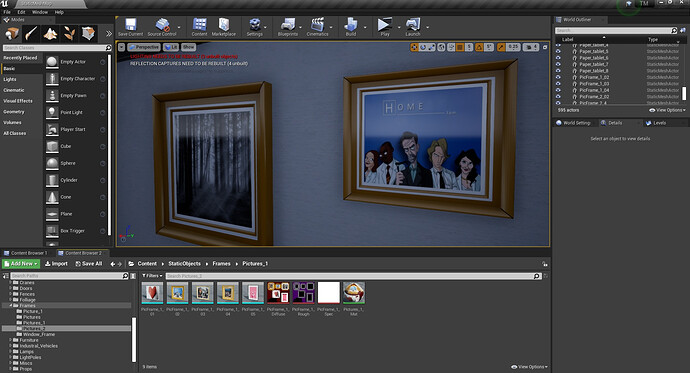 Added some reflection probes and lighting built in my map and it look really good. With all the details and static mesh it runs pretty well on my “mid” PC. 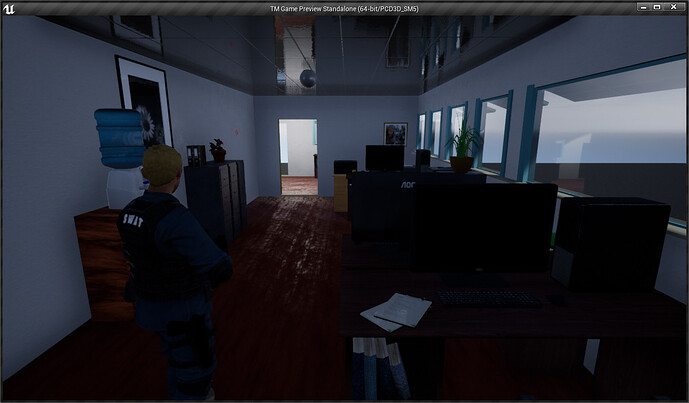 Started to add the 2nd floor of the buidling that I will use as a full Static Mesh. Got some new awesome wood textures cc0textures. 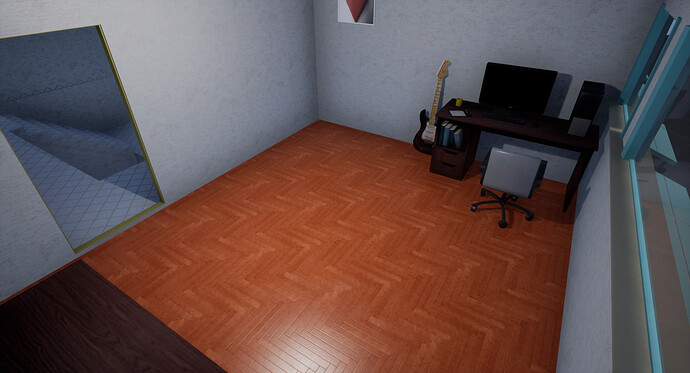