Hi,
I’m working on a side-scrolling sprite platformer, and I want it that wherever the character runs, it leaves behind a coloured trail. So basically, a coloured spot at every single point that they touch, which would give a continuous coloured line painted everywhere that they’ve been.

I’m very new to development so please talk to me as if I’m stupid and assume that I know nothing.

Anyway, I’ve been using hitboxes around the character capsule (ideally I wanted different colours for bit that they walked over and bits that they touch with their sides) which spawn an object on collision with objects in the world, but since that only generates an object at the initial overlap, it doesn’t leave a trail at all. What am I missing? I must be going about this the wrong way. Do I want to be using sweeps, and if so how? Examples of blueprints would be fantastic.

As you can see, my current blueprint for this is basic in the extreme. This shows how I’m handling the overlap for the hitbox on the left of the character, but there’s one on the right and one at the bottom too, and they’re all working the same way.

While I may not understand what you want to do entirely, I’ll try to help LOL. So off the top of my head you can try using a spawning event which spawns your object and then have a timer with some kind of duration to maybe sync up with the footsteps of your character. The timer would loop depending on whether your character is moving or not. Here’s and example. Just take note it may not be perfect but hopefully it’ll help. 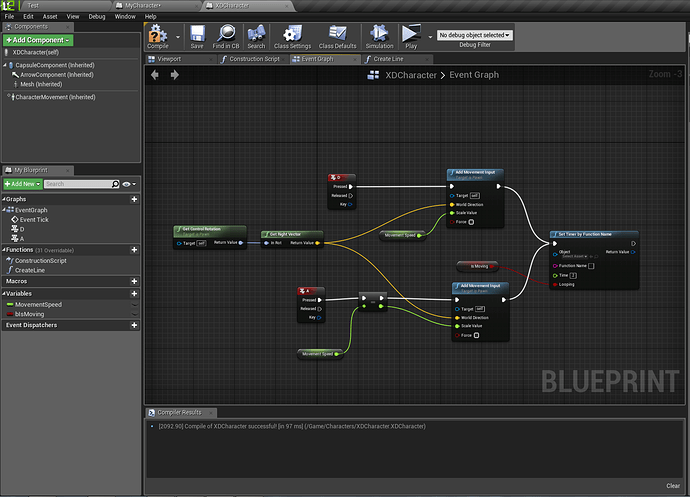 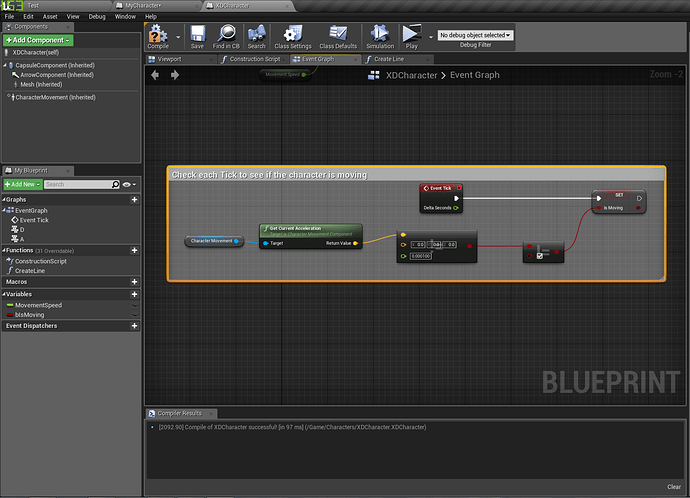 EDIT: Using this you probably won’t need those hitboxes on your character but that’s mostly up to you if you want to keep them.

Hi, thanks a lot for replying! That seems a lot more complex than what I’m actually trying to do (unless I’ve misunderstood which is entirely possible).

So this is the blueprint I’m working with at the moment. When the character moves over a surface in the tile map, I thought this would continually spawn cubes where the overlap occurs, creating a line… but it doesn’t work. I just want a colored line under them where they’ve moved. Sorry, real noob 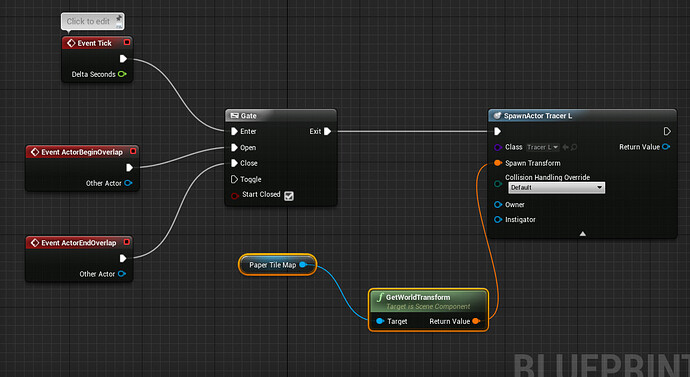 Okay maybe I should’ve asked how the movement in the game should’ve worked. For some reason I was thinking about 2D platformers at the time.

So when you say time map, are thinking about something like a grid, and when the player presses W, A, S, or D the player moves to the next appropriate grid and leaves a line on the previous tile? So something like this? 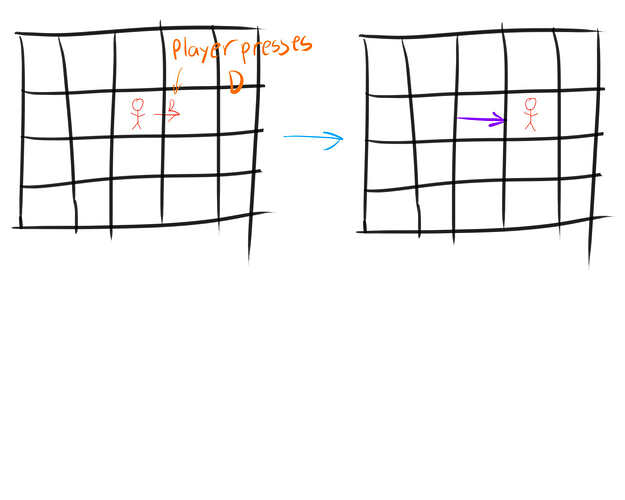 EDIT: To make sure I’m clear, the purple line is that line trace you wanted to spawn.