On a Quest to Create a UE4 Point & Click (Machinarium Style)

Hey all,
Just like many indie devs I have been through many ideas and iterations, however all of my ideas still revolve around the same universe and storyline. I have a lot of content both interms of 3D assets (lights, particles, meshes, etc) and lots of illustrations too which was initially just intended as concept art. I now want to use my artwork as a core aspect of the game level design (Machinarium Style). The question is what’s a good method to implement this idea considering previously I have been working with typical FPS/TPS style perspectives?

Here’s a quick example thrown together as a test using the top down template from the marketplace. Obviously I need to fix the camera and the texture is just tiled from an old artwork which is cropped since my scanner in broken. XD 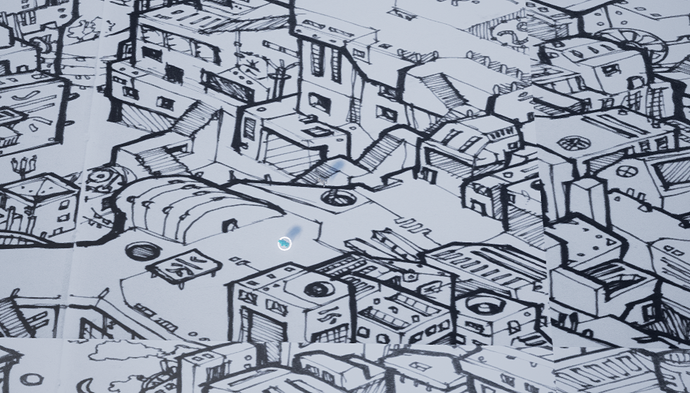 The main issue at the moment is blocking out the buildings since I want only the path/stairs to be accessible. I don’t want to manually block out each building so I wonder if I can export paths or something to control where the player can move on the 2D plane? Also since some of the paths are cut off I would need to allow the player to walk behind buildings. Maybe I need to split this into layers? I’m not sure of just flattening the texture on a 2D plane with camera above is the best approach since the use of sprites or even the UI could come into play? 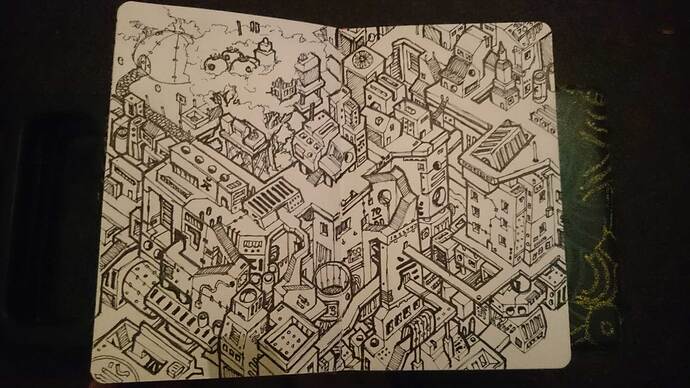