We’re making a project in ue4 for oculus rift.
Everything works fine until we connect the oculus rift. When we try to play with oculus, one of the lenses works fine while the other is almost completely black, without most of the shaders and just a couple of lights (that we don’t have in the editor).
Here’s a screen of the problem: 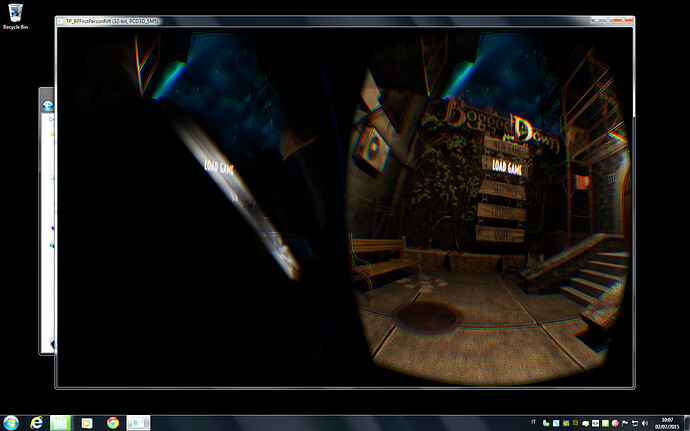 We searched on internet but nobody else seems to have the same problem. It shouldn’t be a hardware problem because when we try the oculus in other projects it works fine.
We’re using UE 4.7.6, Oculus Rift DK2.
The pc has a GPU Titan and 24 GB of ram.

Thank you in advance.^^

Little update: after a couple of tests we think that the white light isn’t actually a light but an effect of the emissive of the shader. We have other emissives in the scene and they have the same problem.