I’m trying to submit and app to the Oculus Store and one of the requirements is to have a quit button however the quit node in blueprint doesn’t seem to work. It works if I test it with an Oculus Rift

I’ve included a picture of the quit set up I have but none of them seem to work. 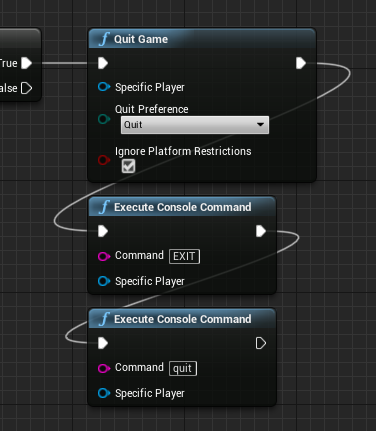 For oculus mobile you just need to execute the following console command:
vr.oculus.ShowQuitMenu

Thanks for that, that works for the main menu but would it work for the entitlement check? As far as I know the app needs to close if you’re not entitled to it and this doesn’t close the app.