To sum up what I’m asking, I’d like to achieve the same effect as seen in the beginning of the Infiltrator Demo where the main actor is hiding behind a cloaking wall of sorts.
To me, it looks as though it is a poly plane, with a material on it that is getting a 2d render from a camera that is behind that main actor, and that material only shows up when the camera gets close, and it is somehow culling out the character out.
What I would like to know is how is the main actor culled out when viewing the cloaking wall from one side?
This is the desired effect I am after. 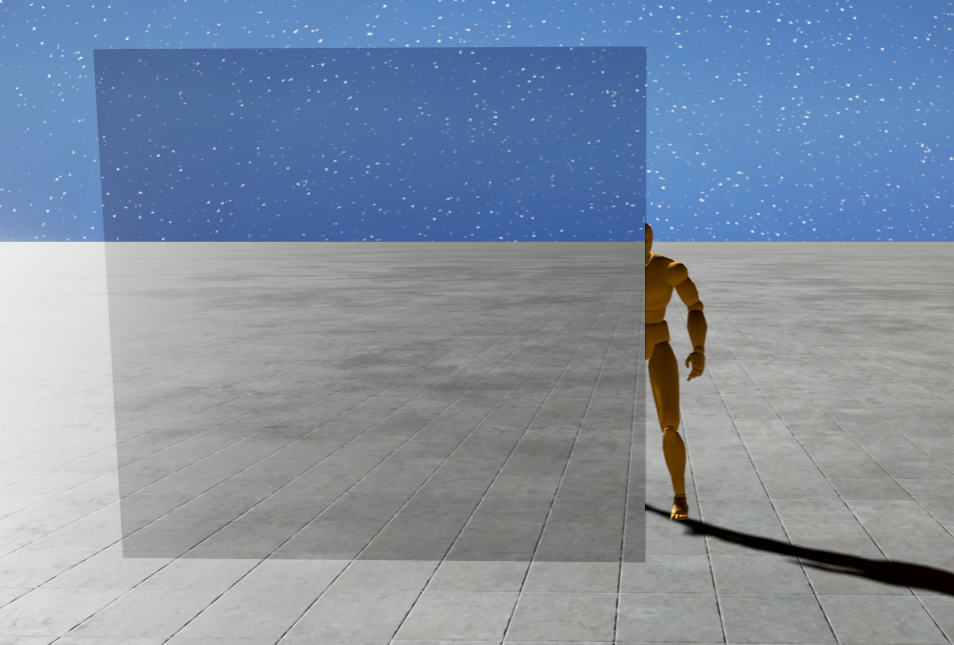 I wanted to investigate how this was done in the demo itself, however the demo just crashes for me at 95% loading, so I gave up on that idea.

I have investigated a few ways of doing this, and every way I’ve looked at so far is convoluted and not too feasible, especially in a multiplayer environment.

The only way I could possibly see this working is by changing some of the rendering or culling code or something, but I won’t lie, I do not have the skill or knowledge to dive into those waters.

I am not so much looking for someone to tell me exactly how the effect is achieved, as I do like to work things out on my own (how else will I learn?), but I would like to know from one of the Epic staff (or someone who actually knows) if that invisibility shield shown in the infiltrator demo was specifically set up demonstration purposes, or if this is feasible to do real-time during game-play (specifically multiplayer)…

If I can’t really do this, that’s OK, I will more than likely just do something like making a specific target invisible instead, which is a little boring in comparison, but still functional…I just wanted to do something a bit more interesting than simply changing the player’s material.

Some research references that I believe may be of use are:
http://udn.epicgames.com/Three/DevelopmentKitGemsRenderingOccludedActors.html

I modified the WatchDogs project and added rendering of occluded actors via Blueprint and Post-Process. Here is a video.

This is a follow-up post. part one: UE4: Outline Post Process After watching the Evolve trailer I got inspired to update the outline effect I created during the Unreal 4 Beta. In Evolve the entire mesh is highlighted and all occluded parts have...

After some more digging, I am thinking that I could do something just like this video here: 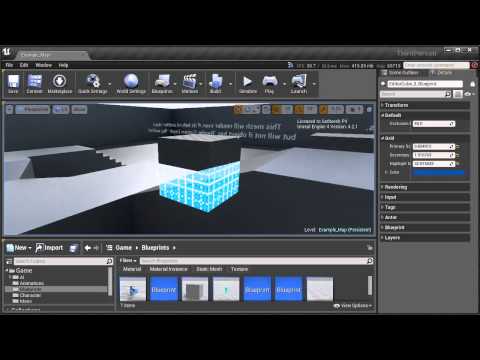 However instead of rendering scan lines, I could simply just set opacity to 0.

Now the fun part is figuring out how to do this

There is a tutorial, but I think I need to get myself a bit clued up on the material editor and it’s many abilities.

This is a mini screenshot tutorial based on a project i did a few days ago. First of all create a new material in Content Browser and set the material domain to Post-Process. Then follow below step…

I re-installed 4.9.2 again to see if this would allow me to install and run the Infiltrator demo, and it did.

So unfortunately, it was more a matter of smoke and mirrors, camera angles in Matinee to try and create the invisibility effect using a render target, which unfortunately doesn’t really cut the mustard for what I’m trying to achieve, but undoubtedly did an amazing job in that demo, and I’d love to see more

I played around with depth masks and custom stencils, and I have been able to change how an object appears behind transparency, but cannot effectively get that mask and cull it out, which from a technical point of view, I kind of understand why this is the case, but I do still wonder if it’s feasible to do this without altering the rendering code, and if I’m just wasting my time and energy trying to figure it out.