I am trying to get my normal maps to show up properly on the edges of models with UE4 and materials instances made from a master material.

A stand alone material works fine as you can see onh the left picture, but the instanced one on the right does not.

I followed two tutorials which show two different setups for normal maps, and also did my own method of the texture into a multiply with a constant 3. 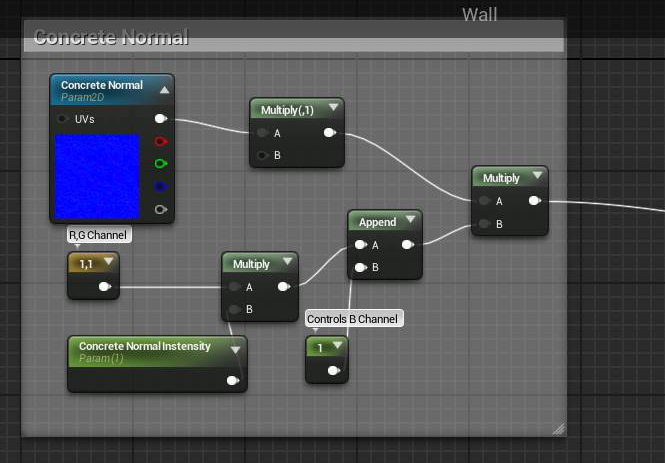 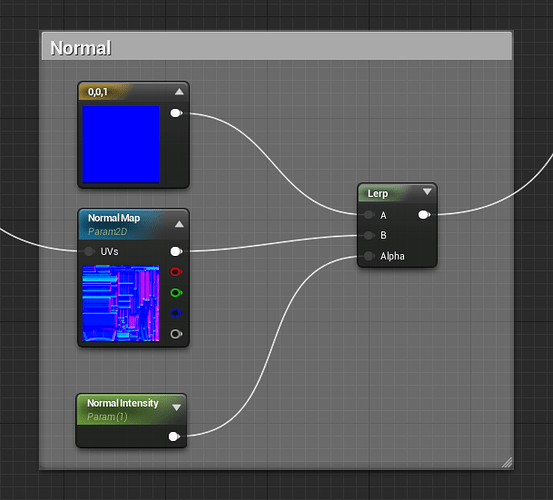 I have attempted to reproduce this on my end but have thus far been unsuccessful. Do you have a test asset that shows this behavior I can test on? Which version of the editor are you using?

Thanks for the reply Adam

I have been using the latest 4.5.1 build. So far this is the first asset that has done it, but it’s the first time I have tried it with a master material, even the tutors couldn’t work it out. I usually use OBJ’s to bake normals, but have recently started using SBM models baked in Xnormal, with all the smoothing groups split in the UVW space. I thought it might have been the green channel, but I flipped that and no difference.

It also seems to show up metal and roughness differently as well. As it worked for you it could be that there is an error in the project file or even the lighting as it shows up better if you shine a strong light at it, so I think I best test it in a new blank map to see if it still does it. I will

I have attached a zip containing the FBX file as well as the normal map. The model has a basic lightmap for now which will need sorting. Not the best unwrap in the world, but it’s split to smoothing groups, and will need making better for the final piece.

Not my best model I have ever made.

I think it must be that I have done something wrong with the material setup though, as it looks spot on in all other programs. Could you also show me the setup that works for you? I can see where the error lies.

I attempted to test with your assets and did not find any errors. I attempted 3 different tests: 1. One Material setup as your first material image with a material instance on the second mesh, 2. Two different materials (no material instances), one set up in the methods you show in both your images of materials, 3. material instances of those two images. In each scenario I saw no change in the look of the material. Below is the image of what I saw both in viewport and in the mesh editor: 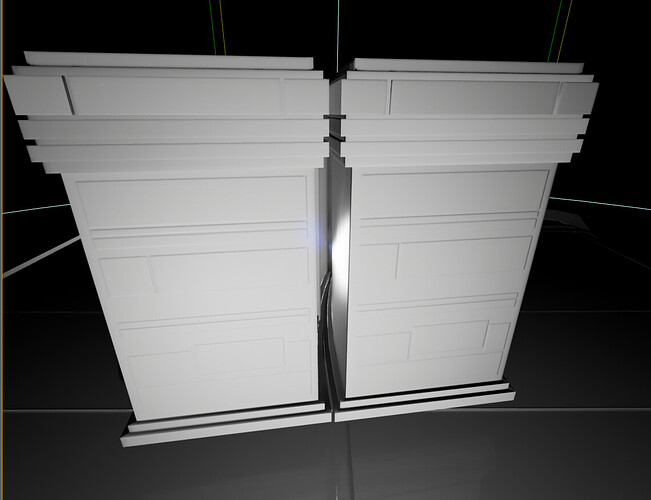 Just saw in an other thread:

Put a normal map in your master material in the normal Param2D slot. Like that, the engine will understand that the instanced normal will be assigned as a normal map type of texture. Normal and not only color type i meant

In your example, that looks pretty clear: your mesh looks like there is no normal map on it cause the normal map is compressed like a color texture map.

Yeah managed to sort out the master material in the lecture the other day, this is how it looks in the scene.

Still tons of machinery to make, and a few additions to the scene to be added not seen in the movie. Basic materials for now till everything is done. Although I have made trim sheets

Yar keep up the good work

This problem can be tag as RESOLVED i guess