No glow in composure

Hi all,
i’m experimenting some problems with glow materials ad the composure.
I have setup a material with a glow amount to act like a neon panel, placed a “CineCameraActor” in my scene and assign that camera to a Composure to ouput.

As you se in the image below the material is glowing correctly in the viewport and in the camera, but not in the composure.

Am i missing some parameter to set in the composure to catch the glow?!
Image

Hello, have you found a solution to this?
I am in the same situation right now.
Thanks!

I’m having the same problem here, but no luck whatsoever. Hope someone from UE support can help with this issure because i’m seeing no solution anywhere.

A little late to the party here, but I found a basic solution using bloom.

In this example, I apply it to a CG layer called “CG_Element”: 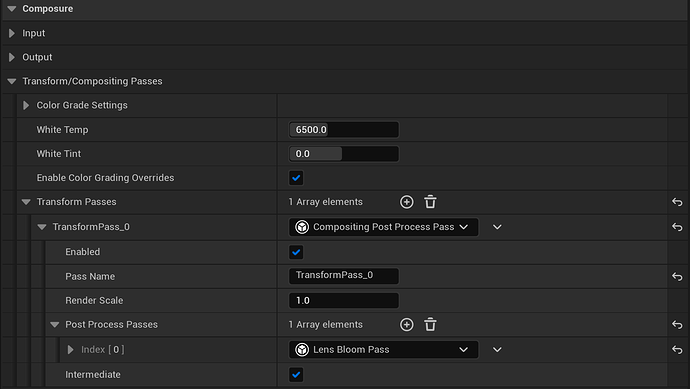