I’m trying to simulate a water freezing effect using a sample static mesh of a sphere. I’ve have the sprites tiling across the orb and displaying the material as intended. It all looks good in the Niagara System and in the Niagara System that is just sitting in the world. However when I spawn the Niagara emitter through blueprint (attaching it to the character’s mesh, a left hand socket), it just shows all the planes stacked on top of each other. It would appear that the socket location is overwriting the Sample Static Mesh location / information. I can’t figure out why this is, all the other emitters in the system are behaving appropriately. I’m guessing the “Sample Static Mesh” module doesn’t like being attached to another mesh but I don’t know why that would be. Is anyone familiar with what is going on? 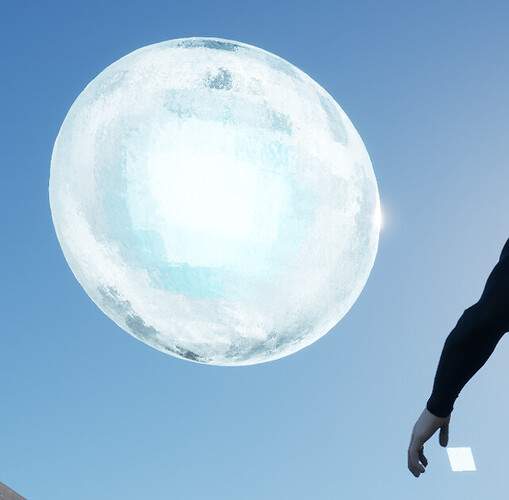 Edit: The issue was the Source Mode in the Sample Static Mesh module. I needed to set it to default mesh only and it works as intended.