Any guides or tutorials or other methods to get interactive fluid much like this? 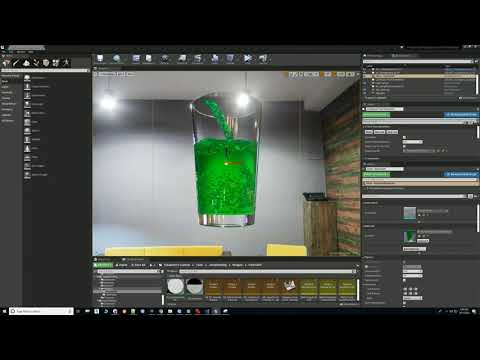 Thats Ryan’s work.
I dont believe it has been explained yet (could be wrong, maybe check shaderbits), but as far as other ways to get actual fluid sim (im not sure that is a live sim since you can pause it, and usually you can’t?) You have nvidia FluidWorks.
you have to get the code repo from nvidia, the compatible engine version from git hub and build your own.
unfortunately you’ll be stuck on whatever engine version is compatible with it.

I’m 90% sure that after chaos is up to parity with physX they’ll put some effort into a chaos fluid system since it’s the natural progression of things.

Aside from that the theory of the fluid sim, within a glass anyway, is that each vertex is assigned a radius and freely collide with one another.
the physics should do the rest for you based on how you set it up (viscosity and such). Basciially with water the little balls you can imagine on each vertex should stick together at slow speeds and separate at high speeds, perhaps you could consider the force required to separate them as a threshold.

I know you can get this going in niagara with spheres. I have no idea how you would convert that into modifying the location of verticis on a mesh though.
I did some little research but couldn’t find anything too useful, my idea was to make nvidia powered interactive cloth, which has a very similar theory behind it.

Yes that is interesting thanks for sharing this buddy!

Is this all 2D only? I need it to do it in 3D.
I have a pump I need to simulate fluid moving inside as blades turn to interact with the fluid.

Is there a more direct/responsive form of communication in case I have more questions?

Nonlin, there are many was to go:

(1) do a 2D circular-swirling fluidsim with ninja-core (see this tutorial), then apply it to an (initially) grid-like Niagara system, where particles are forced to move perpendicular to the 2D simulation grid (with Z acceleration or gravity) — and as they collide with the rotor blades and the field tries to keep them on track, the whole system will behaving nicely in 3D.

In cascade / niagara, the 3D static velo field could be transformed (rotated around a central axis) - and this going to nicely animate the swirl - while particles could collide with rotor blades.

Responsivity: pls drop me a mail at andras dot ketzer at gmail dot com, usually i am responding in 20 minutes - and in case if it is really needed, we could do a chat / voice session on discord

This is coming out soon. Doesn’t seem to be in the current preview just yet.
It’s not like pouring into a glass, but it gives you a good starting point with examples of why you would use 2d textures and still get a 3d result. 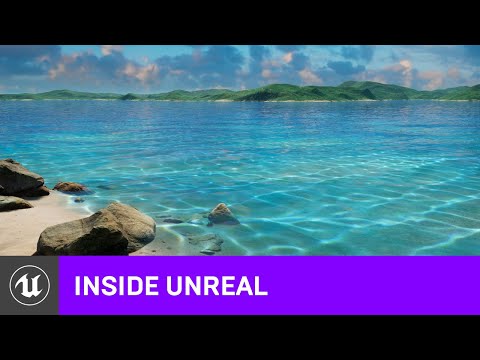 Additionally, look into vector fields. A texture has RGB. 3D as XYZ…