I am making a smoke trail for fast moving actors (meteors) and I use ribbons to avoid spamming too much sprites.
It works well in SP, but in MP, playing as a client, I get this kind of glitches : 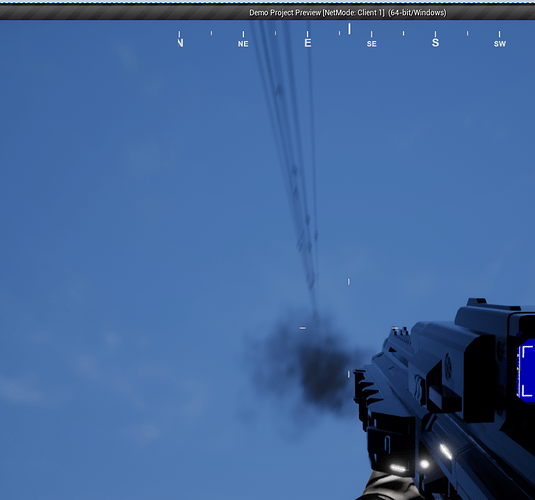 Those are several pieces of meteor debris. On SP I get straight lines, while when I play as client, I get some curling of the smoke trail at some locations, probably because the position of the actor that spawns the trail effect is not synced fast enough.

I tried playing with the actors Replication parameters or Emmiter properties for the ribbon but it did not get better.
I also tried with only 2 sub meteors in case it was due to poor performances but it did not change anything.

Maybe the whole design for the effect is wrong, but the other ideas I have would also be problematic I think (do everything from Niagara using events to split the meteor or forget about replication and spawn sub meteors on each clients using a similar actor + trail effect that I use currently).
Is there a better strategy for this ?

Edit: Tried with a simpler material to show better the problem: