Niagara does not play when running the game

I have a slight issue with Niagara. I have a particle effect that runs fine in the niagara editor or when I drag it into the world, but simply will not play if I hit the play button.
The system is there alright in the scene, but just would not do anything. This happened when I added “Initialize Mesh reproduction sprite” module. Works just fine without it.

I did figure it out meanwhile, so will just leave it as FYI.

Any skeletal mesh you can add to any emmitter is just a preview and will never be shown in game. This is ofc super silly, but it is what it is.

You cannot define the source however or the default skeletal mesh, as you can with static meshes. You cannot add user parameters to the source either or reference it from anywhere.

What you need to do instead is turn the entire skeletal mesh tab into a user input, and set that user input from a blueprint.

Unsure why is it so complicated (and not at all explained in any of the tooltips or documentation)… Hopefully it’ll get a fix sooner rather than later.

I did this with UE5 EA version. 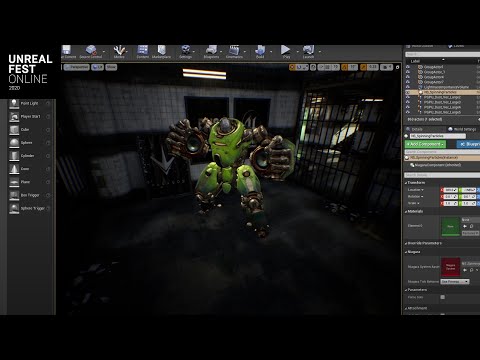 Yes that’s some nice built in functionality that I missed.
It’s not exactly what I needed in the end, so I built my custom module, but the issue above is slightly annoying still.

I don’t quite get the inconsistency with niagara sometimes. Not everything can be selected on a per module basis (such as skeletal mesh and objects), but instead these need their own user defined (or otherwise) inputs, while most everything else can be indeed set in the modules directly.

There is also nothing in niagara or the documentation detailing this

I encountered the same problem. What do you mean with “turn the entire skeletal mesh tab into a user input”? I’ve been stuck in this problem for two weeks and I still didn’t find a solution. Thank you in advance