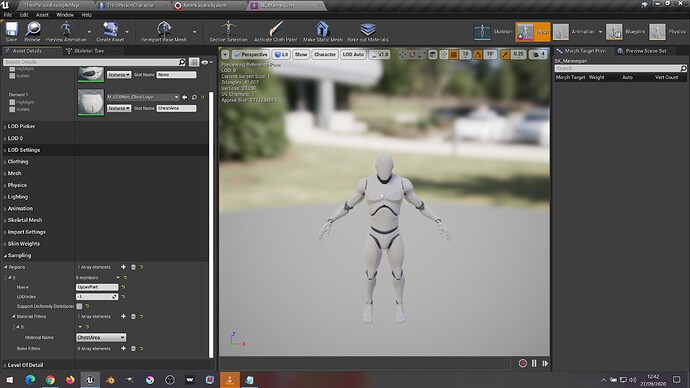 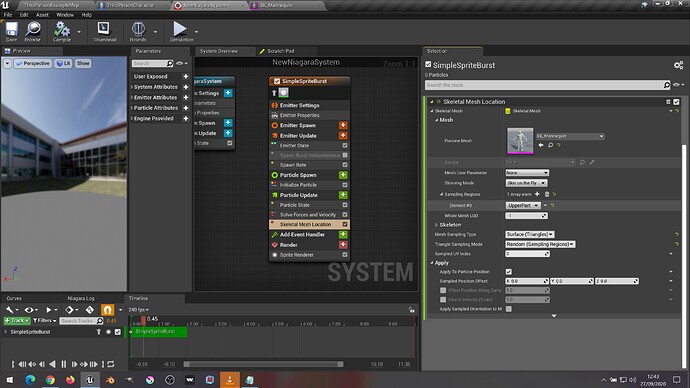 Hello. I don’t know if this is a bug, or I’m missing something. Therefore I will describe what is happening.

Im triying to develop a basic niagara system, that in the future I will want to use to render bulletholes in random places of a model when getting shot.

I have created a simple sprite burst type. And I have placed inside the thirdpersoncharacter’s bp a niagara component, and have loaded it properly on it.

In the first stage, I have configured the system as these 3 screenshots shows. 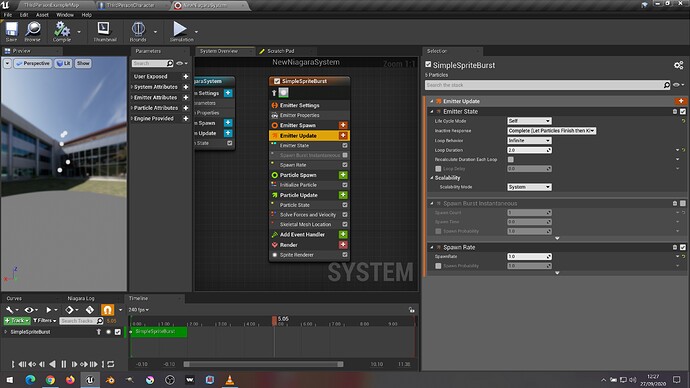 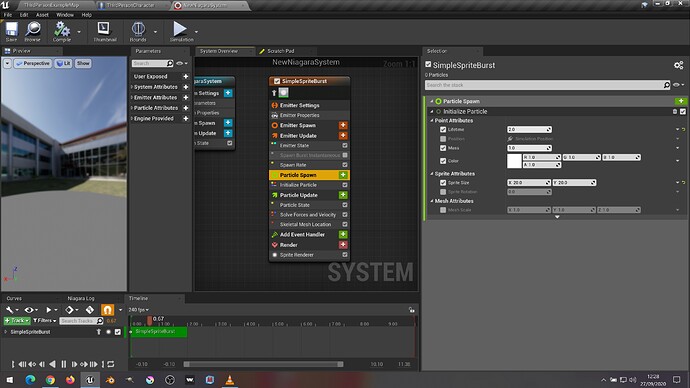 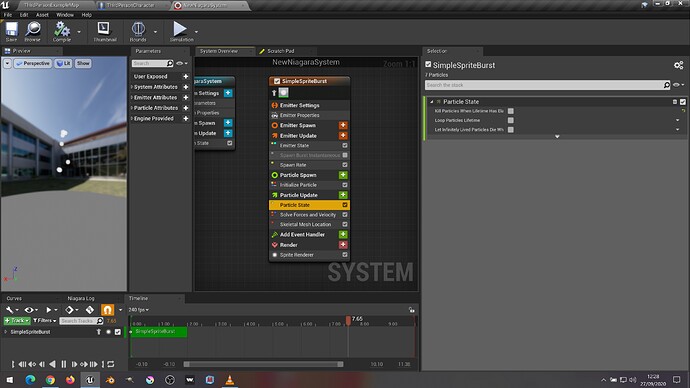 Everything not shown in pictures has been left as default. This is to determine the ammount of holes appearing randomly. Until this point, all well.

Then, In order to make the bulletholes to appear on the skeletal mesh and follow the animation, I have placed in the ‘Particle Update’ section a ‘skeletal mesh location’ module. 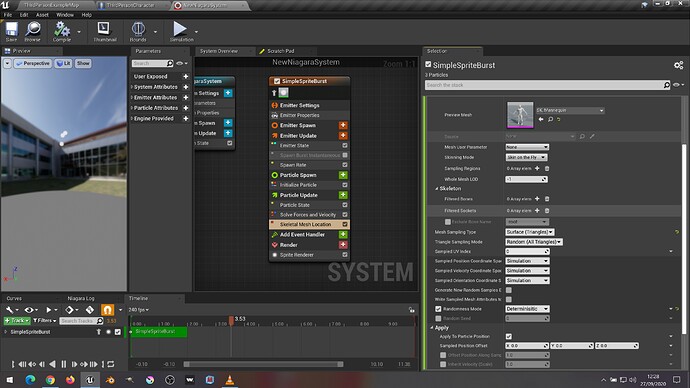 With these settings, the bulletholes are created in the mesh triangles randomly, and since the randomness mode is set to deterministic, the bulletholes gets created perfectly, and they get updated on the mesh accordingly to the bone’s animation.

Right at this moment, I’m very happy, because everything is working fine. All the bullets appear on random locations, and follow the character’s animation perfectly.

The problem comes in the next phase.

I define a sampling region. Lets say I want the particles randomly to appear only in the material that is showing the ‘Unreal logo’ in the middle of the chest.

So I define the sampling regions as the picture shows…

And I set the sampling regions in the niagara system as the picture shows. I didn’t touch anything else.

Now the particles appear in the proper area, but the behaviour is incorrect. Instead of being placed properly and follow the mesh’s idle animation with precision, they are trembling.

Folks, as a last word I would like to point:
After checking many options, definetly it seems it is a bug.
If I change to:

Therefore, there is a problem with triangles, random (sampling regions). It is the only who fails. Thanks for your time.