I’m trying to add an ocean to my scene with the new water plugin, but I can’t for the life of my get the water body to increase in size. Scaling the actor itself, just scales the splines, but there’s no way that I can find to increase the size of the water itself. Is it hard coded to be no bigger than the default size? My island is a landscape that’s 8129 x 8129 and the water is tiny comparatively. 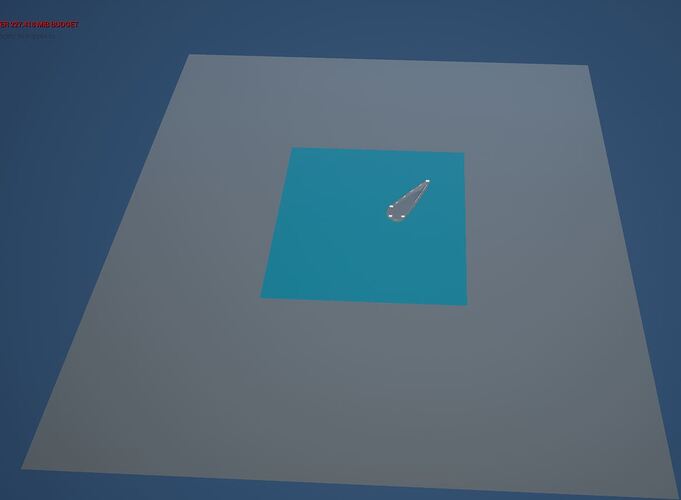 also looking for a solution to this problem :’(

See Is there a way to increase the size of the WaterBodyOcean with the new 4.26 water system? - Community / General Discussion - Unreal Engine Forums

Consider that both approaches are probably just wrong.

You want reactive actors constrained to the play area.
Everything else should be a separate mesh with just a material.

Especially if you want a horizon line to happen, you can’t expect the water actor to cover the whole area.

An “octagonal” mesh based on the play area centerpoint, split in 8 equal angles (that’s 45deg. Each) is probably the best bet.

It needs to be able to occlude, that’s why placing 8 parts as separate is best.

Making each part just be 1 tris is the most performance friendly option.

You can actually use the material to manipulate the vertex position of the end point via math - calculating the point on the circle that the given length would move the end vertex on X and Y.
But generally speaking 8km from the center point in distance is enough to create the illusion of an horizon at sea level.

Yes the point of far distance water material is to give you the ability to have that sense of an infinite ocean without the cost. However, the question was how do you increase the size of the ocean and the underwater post processing. As far as I know the only way to increase the underwater is how I stated it. But I could be wrong.