Net Dormancy not working at all

I create an actor and set it’s Net Dormancy property to “Initial”. Then I add a replicated variable and setup a timer to modify that variable (only from server).
Then I throw the actor in map and play in editor. The actor still replicates.
I also tried setting dormancy to “Dormant all” from code and “Dormant Partial” (overriding GetNetDormancy method in C++ also). The actor still replicates no matter what.

I also tried by checking and unchecking (in every possible combination) the Always Relevant, Only Relevant to Owner, etc. options.

Here is the test actor blueprint graph and settings: 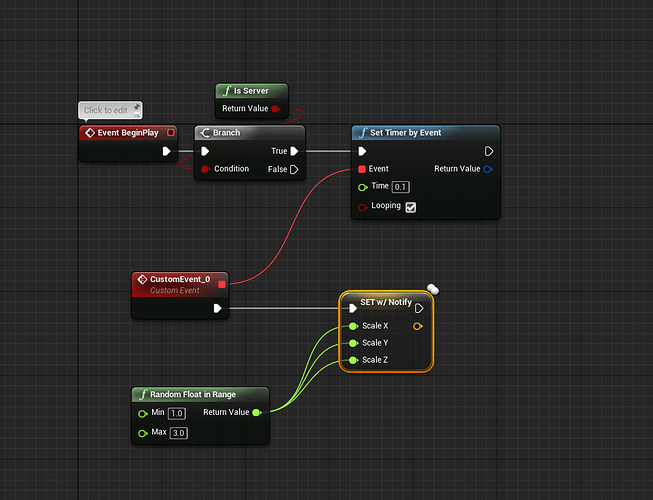 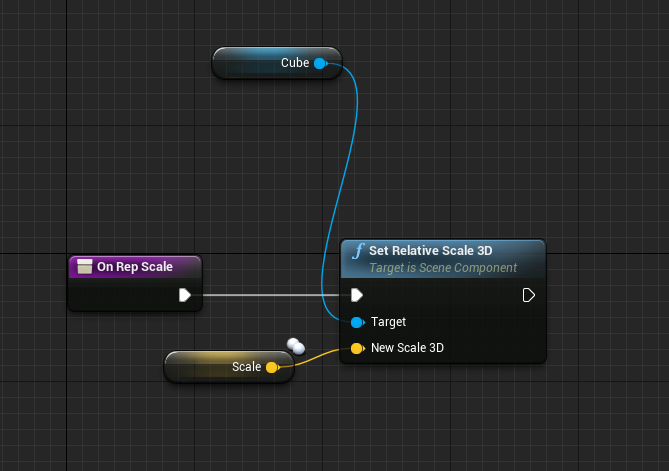 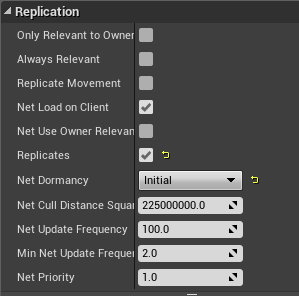 I tried the same thing on UE 4.18 and didn´t work. I Dont know if i forgot something or if dormacy requeries an extra setup

I received a response from Epic. Apparently this is a bug with RepNotify in Blueprints. Dormancy works perfectly fine using C++.

I’m seeing this behavior in UE4.26. This is weird!

I have a blueprint set to replicate, Dormant Initial or Dormant All. Then in Tick event, if Authority, Do Once after 5 seconds Delay node I call a NetMulticast RPC and a RepNotify variable Set.

Both get replicated to the client. No Flushing or changing of Dormancy value. I thought maybe it was the RPC that flushes automatically, but even if I remove the RPC and only variable set, it still occurs.

This is a brand new UE4.26 third person project. I just slapped down a cube and added a blueprint to it.

The Bugtracker looks like it says “Won’t Fix”. So is it a bug or intentional? where the heck is the documentation on this!

Once again I cannot edit my post. The forums are really unreliable lately.
It looks like Dormancy works in UE5 Preview 2 now. Im comparing side by side same blueprint in UE4.26 and UE5 Preview 2 and its very different behaviour between the two. Im surprised, 4.26 is 2020…

And it looks like my assumption was true, RPCs will trigger a flush of dormancy. But what’s peculiar is that if you set Dormancy Initial, even with a RPC, the property change will not trigger RepNotify. If you set Dormancy All, it will trigger the property change when an RPC is fired. I can’t tell if that’s intentional or not but it’s really bizarre to me.

I’m not seeing any difference in UE5 Preview 2. I have an actor with its net dormancy set to Initial and a rep notify variable. If I change the variable on the server, the rep notify is still called. I don’t have a multicast RPC in sight. So I would double check your code as the behaviour appears to be exactly the same for me.

I don’t know if this behaviour is intentional or a bug they just can’t/won’t fix. I wish the bug tracker provided more details other than just “won’t fix.” The only solution to get around this is to move your actor to C++ as apparently is works correctly there. I haven’t gone that far yet as it hasn’t become a major issue for me yet.

No. This is on an actor that has been placed in the world in the editor and set to Initial. Then when I hit play with two clients, I have one of them “interact” with this actor that causes the variable to change.