I want to visualize 780.000 spheres in a 3d array/grid…
I was trying a tutorial with static mesh instances but it was already lagging on 200.000 when trying to move it around…
Is there any solution to this?
…I have 0 knowledge in Niagara… :S

You could try HISMs, as they are a further simplification.

And then, yes, there is Niagara. Although, Niagara is also basically spawning meshes, but they are lighter on the engine because, by default, they don’t have collision etc.

I guess it would also be possible with some sort of volume texture which looks like spheres, but that’s out of my area… but here’s a grid tutorial: 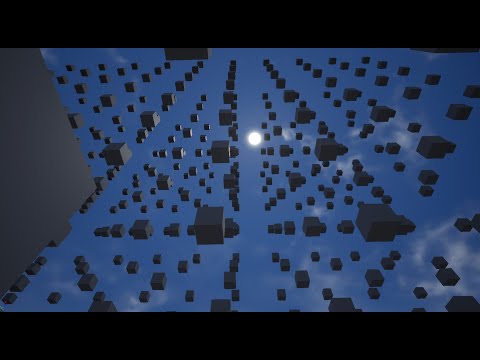 Thank you for your reply!!

This was the exact tutorial that after 4(ish) minutes into the video decided that I rather ask help here:

Thank you again for your help!!

Thy guy does have a very strange way of using Niagara. Not that there’s anything wrong with that. I would be interested to know if this is any more efficient than HISMs…

if this is any more efficient than HISMs…

I tried 1m instances with no shadows and no collision in a single component and it runs fine - performance wise. There are culling issues, though. But I made them sit on a plane rather than in a cube shape. Perhaps a simple way around it is to use more than one component.

The approach would depend on what we’re making and what the end goal is, as always.

was difficult to understand the guy

Yes, it makes sense. Because if doing it in Niagara was much quicker, then Epic would just move than tech to ISMs…

I don’t know if you’ve watched the vids. They are strange, it’s basically how to make strange sculptures out of meshes generated by static particles.

Thank you for you reply!!

There was the part when he sets something (sorry I’m really totally noob to Niagara) to bleeck (?) and the subtitle said bleak and I couldn’t even read it on his screen because it was so tiny… so that was not helpful at all! :S

how to make strange sculptures

and the subtitle said bleak

Caught red handed. Did not watch the whole thing.