I’m trying to build a VR character setup that snaps an ALSv4 character to the same location as the VR pawn with IK matching its hands to the motion controllers.

Normally you would just possess the ALSv4 character, but I want it so that if you teleport, the ALS character runs there first and after they get then the VR pawn snaps to the new location as well.

I’ve set the ALS character up with an AI controller but if I try and move it to the VR pawns location on tick it just dies after a few seconds and goes all ragdoll.

Aight, got it going

I’d been trying to use set actor location and target rotation, and it just wouldn’t work.

So I tried other stuff and eventually got to this one: 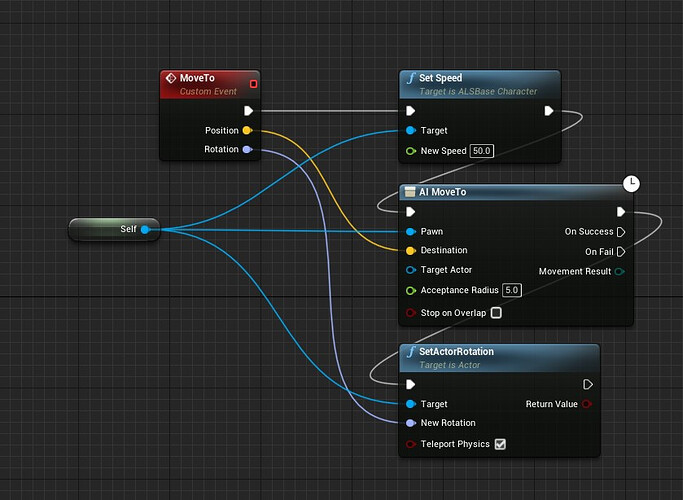