I’m working toward making a film that can be run within UE5 using 2d planes with EXR image sequences playing back through sequencer. So far so good but I’m coming up against a problem.

The footage I’m using is pre-rotoscoped (not green screen) and exported from after effects as premultiplied. This means they need to be played on translucent planes in-engine. The problem has occured when I use one of the planes is in a moving car. The translucency inherrits the depth partly from the car and also through the side window creating some very odd effects. I can fix this 90% of the way by unchecking ‘render before DOF’ and checking on ‘output velocity’. But now the remainng issue is that teh edges of my premultiplied image are not being affected by DOF or velocity and render the distance in focus around my charcter.

The footage I’m using is pre-rotoscoped (not green screen) and to be honest UE’s keying leaves mych to be desired in terms of quality. I have tried working through Composure and have had some good results but to fix this issue on a single shot tanks the framerate to unusable levels…so forget a whole short film being done this way.

The only thing I can imagine working is craeting a duplicate plane behind my character that renders to scene depth but not the main pass, except I have not been able to get this to work.

Can anyone point me in a direction that could work? I feel so close to getting the results I’m after. 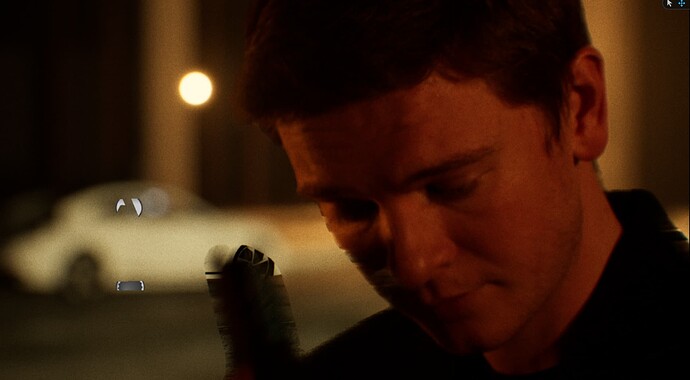