The performance of my editor varies greatly when I start my project, even if nothing in my scene changed. The GPU Visualizer doesn’t seem to show any relevant differences between the high-FPS and low-FPS instances, other than “Scene” simply taking longer than it should: 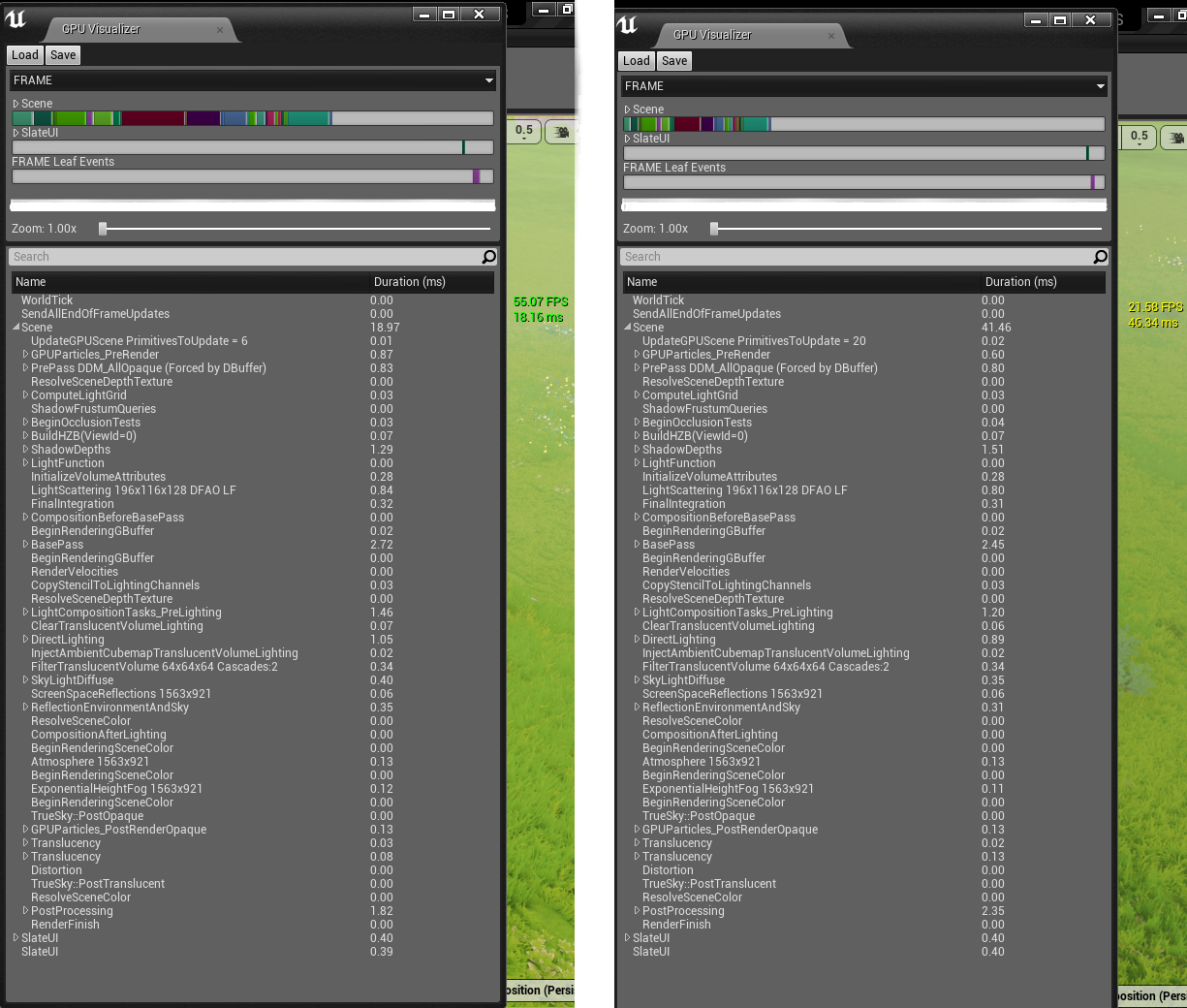 Does anyone know what the empty space in the “Scene” visualization means or how I can fix it?

I still couldn’t figure out what’s going on there. Any ideas would be appreciated.

Whenever something like this has happened to me, it was caused by an external program or peripheral. For me, my xbox one controller will always kill about 25 fps from my current project if connected through bluetooth. I have had an antivirus do something similar, maybe not as extreme. Also, running backups have caused unexpected performance drops.

Thanks, that’s something to go on, at least.

I’m having this issue even if no other software is ‘visibly’ running. I also tried unplugging any gamepads or other external devices, but that doesn’t appear to be the cause either. It might be some random process in the background though, so I guess I could try reinstalling Windows and see if that fixes it.