Need Anim Trail texture UV to connect to world position, but not be effected by emitter rotation in worldspace.

Hey everyone, got a question for ya. So, I am trying to make the texture of an Anim Trail tile in worldspace, rather than expand/shrink as the trail gets longer/shorter, and I DID get it to kinda work by plugging local position into the UVs of the texture, but now I have two issues I don’t know how to solve. First, now that my texture is connected to the world, it seems to change what it looks like based on the angle of the Anim Trail (seen in the image below). How do I make the texture not react to different angle changes? I thought having local position would help, but it doesn’t seem to make any difference compared to world position. Second: After the texture doesn’t change from angle changes, how would I limit the texture uv from moving up/down. I only want the texture to move along the length of the anim trail, whereas currently if I move forward, the texture moves along from the top to the bottom of the anim trail, rather than along the length. Anyone have any ideas? 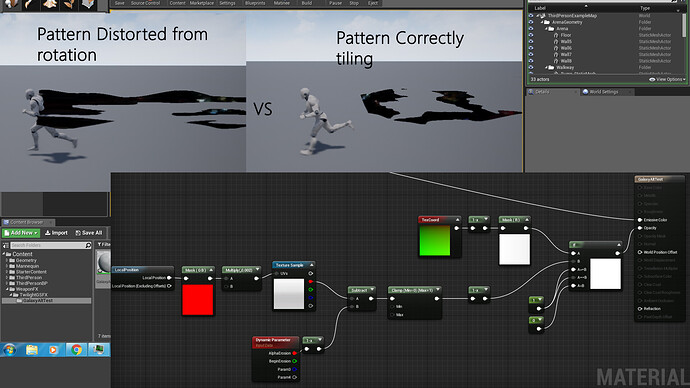