The collision geometry seems fine and works in play as expected, but the navigation mesh starts building strange triangles in the vertical direction. 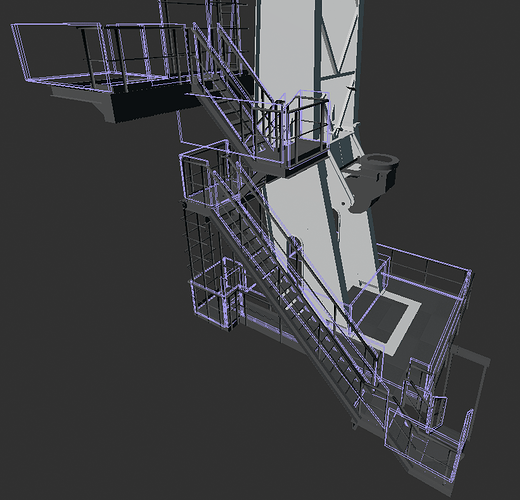 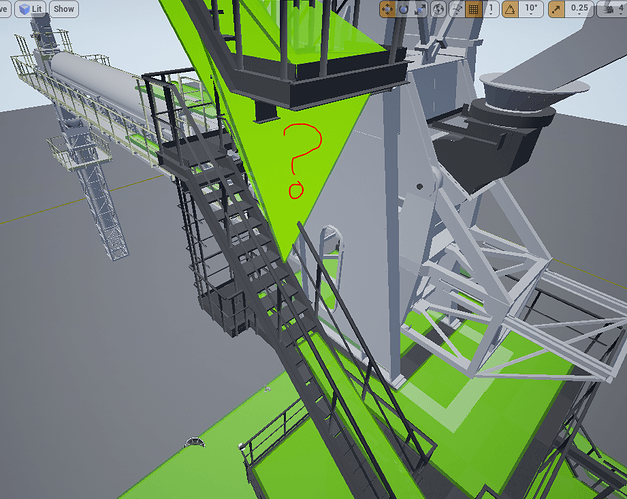 And notice, 0.1 in slope angle causes the bad generation: 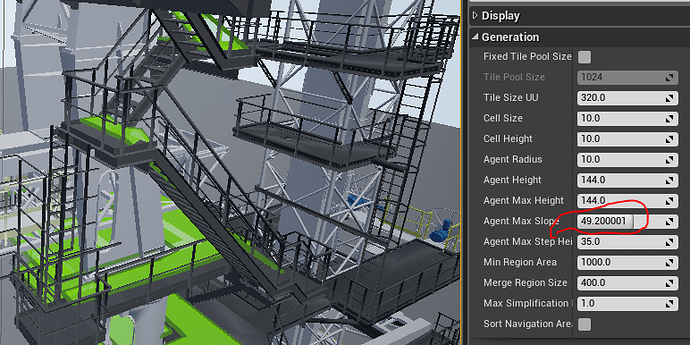 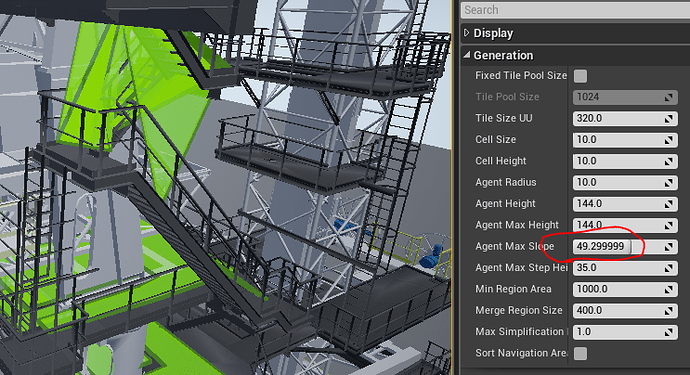 I want to share the FBX file with the development of UE because the navmesh fails often on it and does not build dynamically. Please contact me shaukib at gmail.com, because this is a proprietary equipment design and should not go public.
Thanks

I was unable to reproduce this issue on our end. I have few questions for you that will help narrow down what issue it is that you are experiencing. If you would like to provide a copy of the asset that is having the issue, you can do so via a private message to me on the forums. If you can zip down an example project and send that (in a private message on the forums) I will be more than happy to take a closer look.

After taking a look at the project that was sent it appears that the issues with the nav mesh appear to be due to the collision that was set up for the object in your scene. There were floors that were not complete as well as stray pieces of collision (I have provided an example). I also did not see the issue that you are seeing where the nav mesh makes a vertical triangle. Could you provide the steps needs to have this occur in the project provided? I believe that going through and tweaking and cleaning up your collision so that it is more precise will help elevate your issues.

I also stopped seeing this triangle. Strange that it builds differently every time i delete it and recreate again… Are there general guidelines for making collision meshes for such stairs? What about the long delay in dynamic rebuild?

Ok, some strange triangle in the project on hand. 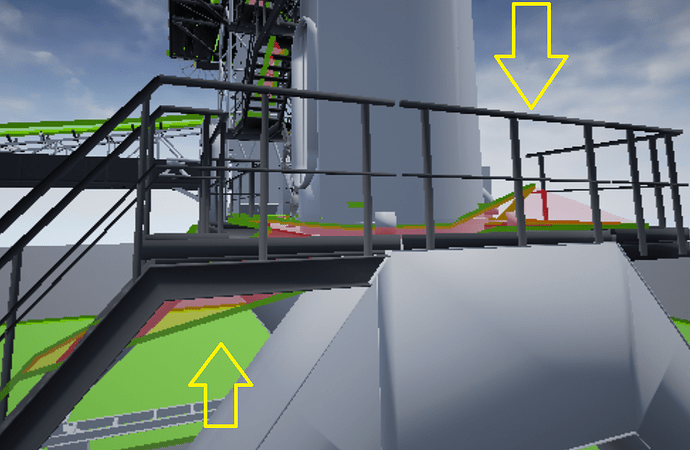 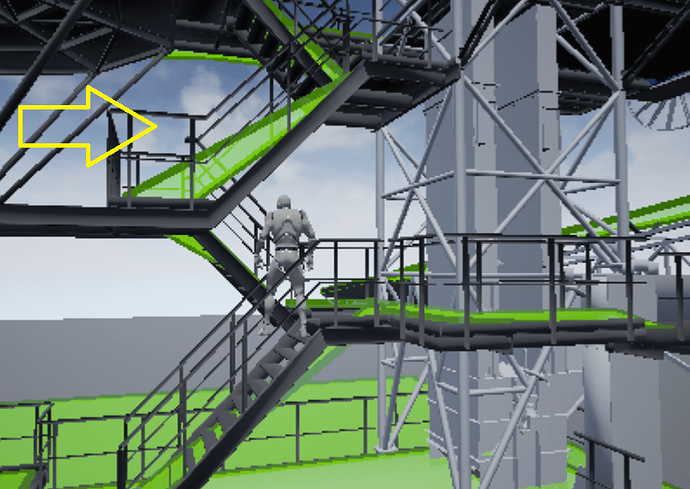 The warping that you are seeing in the navigation mesh in the photos provided in your last post is to be expected. The Nav mesh is a visual approximation of where an AI character can go. As long as there are no hard breaks this slight binding should not affect the functionality of the nav mesh.

Thanks. Then the only question open for me now is: https://answers.unrealengine.com/questions/272636/dynamic-navmesh-performance.html