My water reflections flip upside down when capturing Matinee movie as legacy tool in U4.12.5

So here is a really weird issue …
I played around with my refracting and opacity settings in my water shader and the reflections work and they are right side up as they should be.
HOWEVER I am capturing a Matinee movie and exporting as PNG image sequence.
In the Matinee camera suddenly the reflections are now flipped the wrong way around.
I did start this project in 10 and now in 12, upgraded as new version were released.
Matinee now wants to work in “legacy mode”.
So I choose yes.
So not sure if that is causing the problem.
Everything looks fine in the viewer until I hit capture movie …
… Then also after I hit capture movie the image of the water in the viewport changes.
That is also weird.
Anyone with any idea how to fix this?
Thank you !! 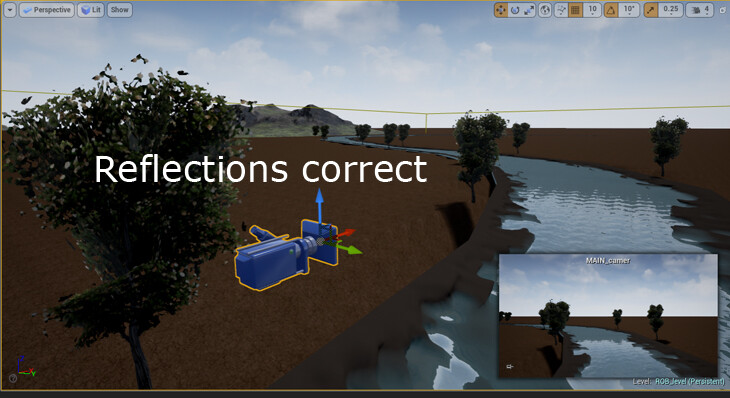 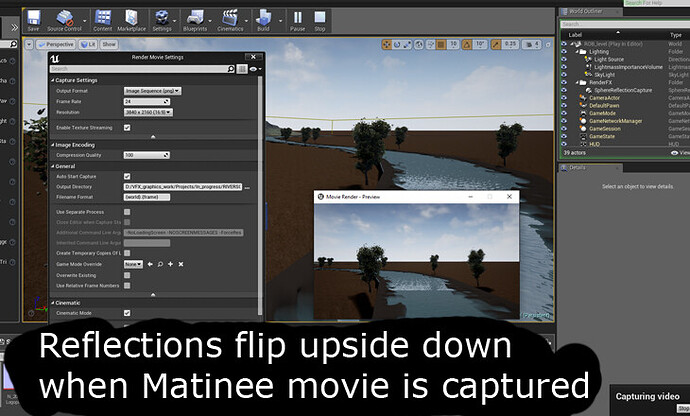 So found workaround for the problem by multiplying the blue channel of the normal map twice more than I should and getting rid of refraction.
No idea why the reflections now suddenly looks right but it works

Its not the Matinee camera that is the issue.
Its something in the Fresnel / Depth fade and refraction values that make the reflections jump the wrong side up.
I played around with all those settings making them less and more but couldn’t get the reflections to flip vertically like they should.
No idea.
This is a real brain teaser