Multiplayer start: everything is desynchronized!

Hi!
So this is my first time posting here.
So I’ve built everything from scratch, I can jump, punch, go into third person, come back to first person. In third person you walk with the keyboard and you have a camera that goes around you, and in first person you spin with the camera.
Now, if I choose 2 players(one of them is the listen server), the client can see the server move around perfectly. Whereas from the server’s perspective, the player only animates accordingly to the keyboard input. Also if I punch an object as the server, it’ll get punched, while if I do it as a client, I will see it go away in the client window, but in the server it’ll stay right there, and I can bump into it as the client.
Also no punch animation is played ever.
I have started watching the networking tutorials, but I’m still in the second one and I don’t have any more time so tell me if any of this can be solved with that.
I also don’t mind actual code.

I don’t want to spam pictures so ask me if you need more. 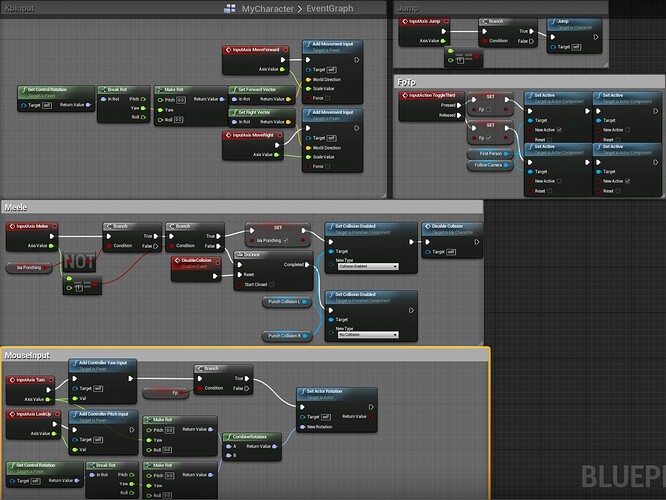 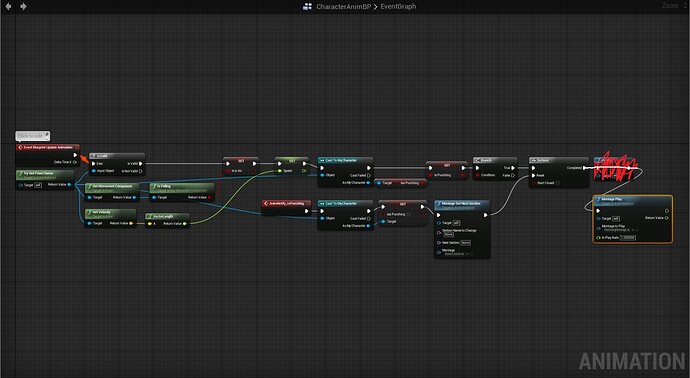 Be sure to implement server’s authority.

Have a read through this

and this topic in general

Great job on doing everything from scratch though, that’s the way to go.

Thanks man! Sure will do