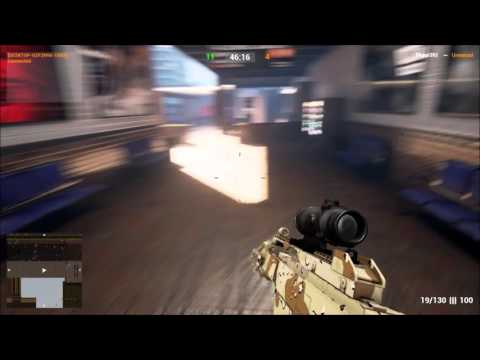 My FPS kit got released about a month ago, and I thought it would be a good idead to give people a thread here to discuss and get support.

If you don’t know my project, here is the most important info about it:

For anybody who wants to create animations for their own weapons and is familiar with Blender, you can use this file as a template:
http://www.mediafire.com/download/a1xm8dfbl4n7bhj/AnimExample.blend

If you want to test the game mechanics you can download a packaged version of the kit here:
http://www.mediafire.com/download/n10o5e551en9le2/FPSTemplate_Build.zip

And many bug fixes!

We’ll also be providing users with various assets packs for this project to create a real turn key first person shooter project. The first in a series of asset packs is our upcoming animated sniper rifle pack. The animations will be integrated in the MPFPSK with weapons and items sold as separate entities. All you’ll need to do is add the asset packs to the project to replace the placeholders for the assets. We’re looking forward to making it easier for game devs to get started on their dream fps game!

Did you have a look at the Blender animation example file linked in the original post? It includes an animated weapon so you can see how everything is set up and experiment with the export options (most importantly the bone axes).
For importing the finished assets I made this short tutorial:
https://www.youtube.com/watch?v=qtou0QLxeZo

I got many questions:

The game description in the store is too bad:

What about all the shooter features ? I don’t see nothing ?

I got many questions:

The game description in the store is too bad:

What about all the shooter features ? I don’t see nothing ?

Yes I know the description really only touches the surface, I thought the video would clarify more what would be included.
To your questions:

Great product, quick question: are there any guidelines for changing out the character animations? I know you are using a system with only 1 mesh so I want to make sure I don’t screw anything up.

Also is third person supported out of the box? I assume I can move the camera back and offset it to get third person, but I would also need to offset the aim as well(which I can do but I was wondering if you had like a third person camera switch built in or anything).

You can basically use any character animation, only the head movement shouldn’t be too exaggerated since that’s really noticable in first person.
Third person is not supported out of the box right now, but this might be something to come with the next update.

Thanks and great work

The new update will go live today! (Changelog in first post)
The update adresses a lot of issues, adds new features and makes the project a much more complete game!

Please report bugs you find to me, and of course I am still open for feature requests for the next update!

Also I will upload a new demo containing the update and some other marketplace items to show the full potential of the MPFPSK.

Note: It will take at least 6 hours until I uploaded the files and Epic updates the project!

So you decided to add third person afterall!

Question: If i am going to do a nazi zombie style game can i actually turn off the load out?

Do you have a trello or roadmap showing upcoming features?

So you decided to add third person afterall!

Question: If i am going to do a nazi zombie style game can i actually turn off the load out?

Do you have a trello or roadmap showing upcoming features?

Yea I tried the third person mode and I actually liked it, so I decided to add it

And yes you can turn off the loadout. In ABaseGameMode there is a variable called “bUseCustomLoadout”, if you set this to false every player will spawn with the “DefaultLoadout” which is also variable of the same class.
And no I don’t have a Trello roadmap, but if someone requests a feature I can tell them if I will include it in the next update.

Haven’t seen any updates from Sellfy as I purchased this through Sellfy…Any reason as to why?

Update is already on Sellfy, will send an Email around so everybody gets a direct download link for it.

hey in the next update can u plz add a login sustem and database setup with gui e.g. a friend menu ,save player data and leveling system i wouldnt mind watching a tutoral on how to set up a dedicated server as well as mysql plzzz it wold completly cange the kit also wen is this snier thing coming out.
finally can u plz do a tutioral on how to ad maps as well thx

How well optimized is the networking/replication of this FPS pack? Would you say if we’re trying to make a competitive esports FPS shooter that has AAA performance (not quality, just performance) that would need to further tweak and improve?

Oh, and options to see FPS, mouse sensitivity and aim type? Currently the aim/crosshair isn’t fixed to the gun models and when turning quick the model etc… lag behind. I’d prefer them to stick in place and have no effect when moving my aim around. Another issue is the input in aiming and looking around feels laggy and delayed as opposed to direct input! Any reasons?