I want to host and join a game by keypress. I have “map1” as starter map. In one editor i press i to open example_map?listen and in second editor i press open 192.168.1.38 to join. Second editor can join the same map but i cant see the other player. Everything works with development packaging and command lines. Its not that the mesh isnt visible. Ports are open etc.

What can i do? 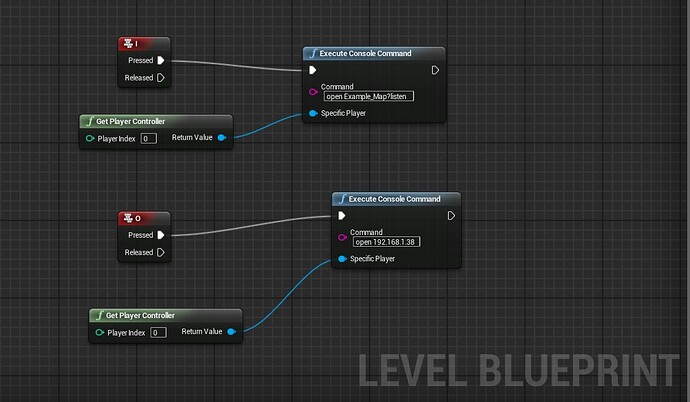 I have the same problem

Do you use a standard package like first or third person pack?

It should be normal, that you can’t see someone. The player has nothing visible to be replicated by standard.

You would need to setup a Character Model that replicates to see you.

What should work, is the collision of the players. If you know where your first player stands, you could just walk against him to check if it’s working.

already tried with collision. doesnt work.
the character model is visible its the third person basic game.
i can host and join a game via development packaging but it doesnt work with “execute console command”
it seems like he joins the same map, the hoster opened, but they play the map for their own not together.