We’re using nDisplay for our (research) driving simulators, and we’re having an issue with car mirrors. In our new setup, mirrors are displayed using a dedicated 7" monitor. Using nDisplay, we’re able to compute the proper view to display, which requires using another camera in the scene, different from the root camera. However, to have the image properly displayed on the monitor, it needs to be mirrored/flip horizontally.

Our previous simulation tools had the option to mirror/flip a viewport, which is exactly what we needed. However, I have not been able to find such option in the nDisplay configuration file. I have tried several tricks, such as inverting the viewport width (-1024 instead of 1024), but nothing has worked so far.

I also tried to look for external ways (e.g. OS, display driver) of mirroring the image, but there doesn’t appear to be a simple way of doing it, and I’d rather have a built-in solution to this issue.

Can someone suggest a way of obtaining our desired result? 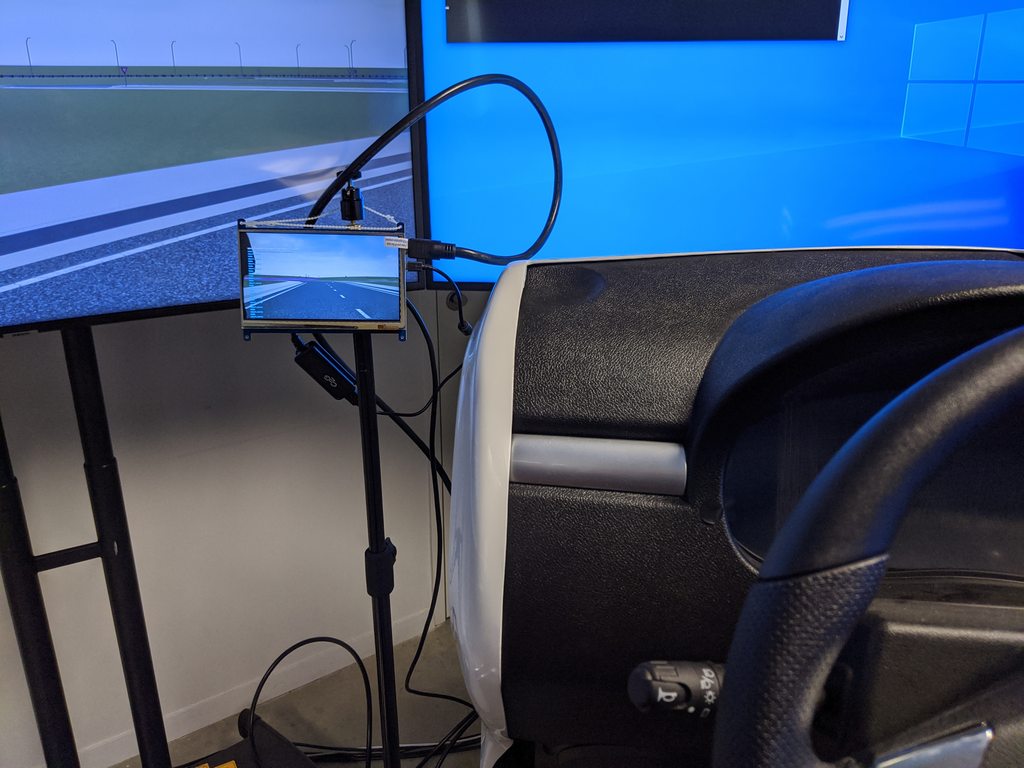