Yesterday I analysed a little bit the technical aspect of Fortnite, to maybe get inspiration to complete technical challenges.
And I found the Roads in Fortnite, which I really can’t say, how it was done in UE4…

It looks like it isn’t the Spline System of UE4?!?
The Roads have on High quality settings some Dirt at the edge, which probably could be done in a spline system and the use of vertex colors of the mesh in the spline system… 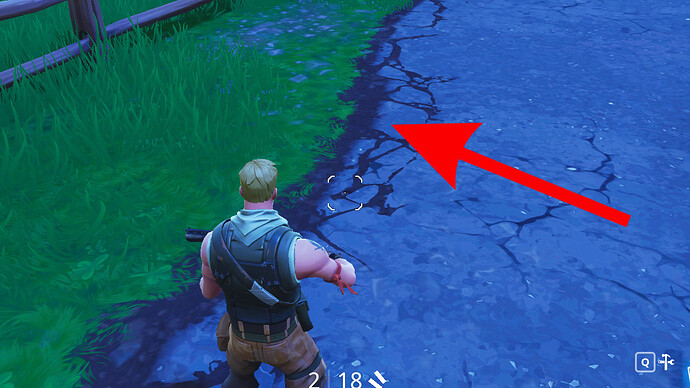 On lower settings, the dirt disappear. (Probably material-quality switch-Node.)
At this screenshot you can see the roads and on the left the landscape painted road: 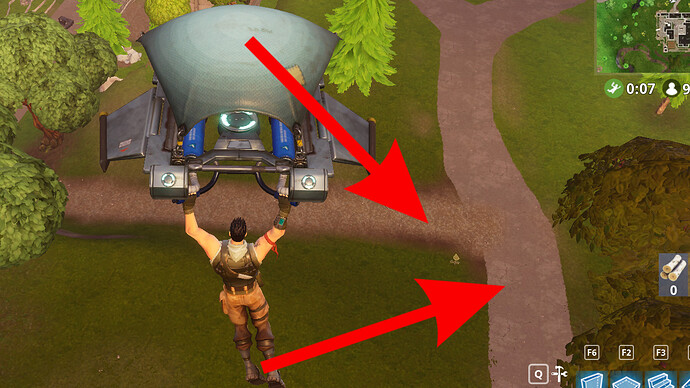 And now to the Interesting Part:
This System does not use a Object as Spline and allings perfectly to the ground as you can see there: 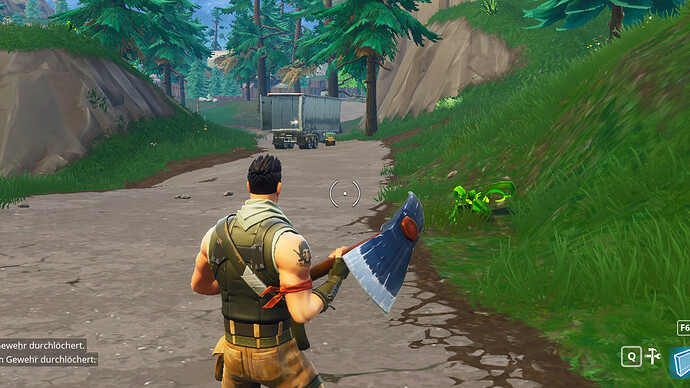 Does somebody have an idea how this could be done?
It maybe looks like a Spline Decal system, that we currently don’t have in UE4???

Have absolutely no idea how this was done…

Can someone help me with this question? 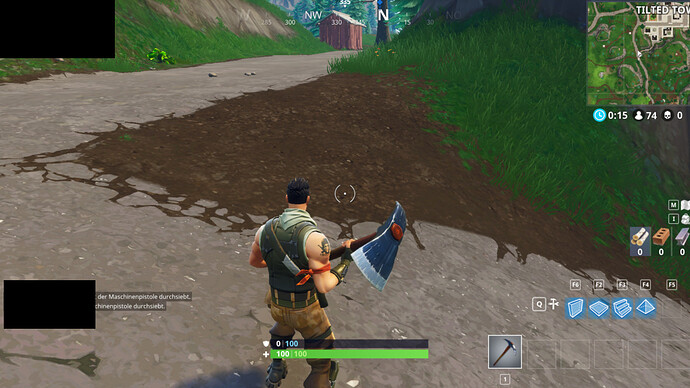 I was intrigued by this too and just did some tests. Instead of using the landscapelayerblend node, I tried the LandscapeLayerSample node which actually gives you the weight number. With that you can do some cool custom stuff.

With a simple setup like this you can have nice hard edges based off a noise texture. 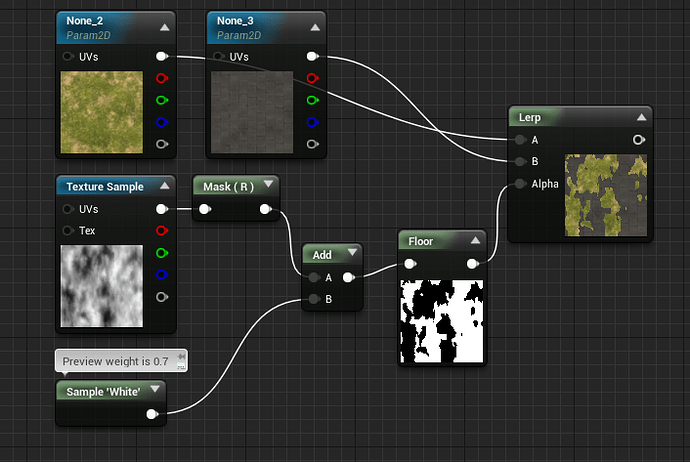 I went a bit further and made a second texture automatically painted around it by adding 0.1 with a new floor function (to get more white for that texture).

Not great textures or noise lol, but you get the idea. That’s most likely how they did their edges. I’m sure you can get it very similar with decent textures and a clever material setup.

Sorry for this late answer, but thank you so much! You helped us a lot!

How did you set up the second part? The bit where he says he went further and added an additional floor node, I can’t work out how to set it up. 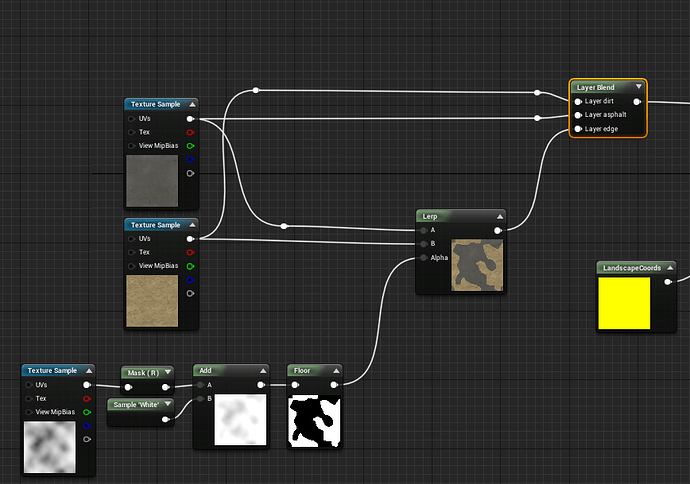 what am I doing wrong? 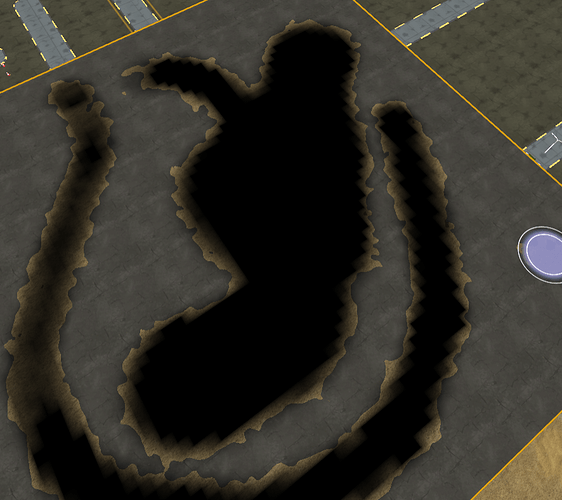 why I’m getting black spots