Some materials and effects do not render correctly on my laptop. I was wondering if there was anything I could do to try to fix this. I have tried moving my unreal_projects folder to an ntfs file system, and that does nothing. Here is an example of the issue: 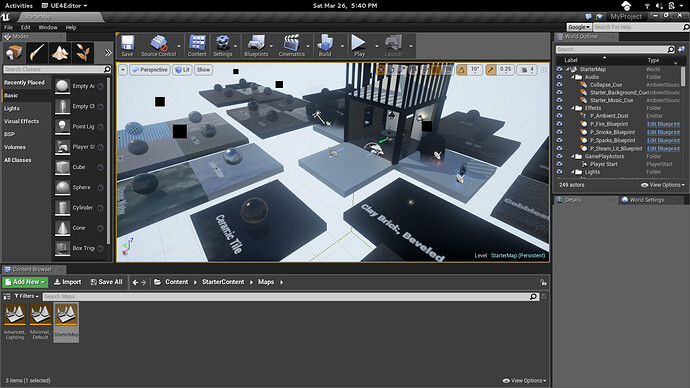 My laptop has an Intel core i7 processor and 8gb of ram. I am running Fedora 23, Linux kernel version 4.4.6. I built my copy of Unreal engine from the 4.10 branch, although master had the same issues. I don’t seem to have any other issues other than the textures, and the editor preforms well.

The laptop has a discrete card, but running it with DRI_PRIME does nothing to fix these issues. I would prefer not to use the proprietary NVIDIA drivers.

I’m not sure if there are any unreal engine logs that I can provide. Any help would be appreciated. Thanks!