I am also very interested in making sure people can make custom maps and have the ability to mod from day 1, when will there be an update on this?

This is obviously a hot topic, me included even though it is over my head, what about creating sticky’d thread over in the forum “Announcements and Releases”?

Hey all, sorry for the super long wait here.

We’re currently discussing next steps in regards to mods in UE4, process for shipping cooked vs. uncooked content, as well as making editor distribution a bit more straight forward. I’ll let you all know when we’ve got some motion here

We’re currently discussing next steps in regards to mods in UE4, process for shipping cooked vs. uncooked content, as well as making editor distribution a bit more straight forward. I’ll let you all know when we’ve got some motion here

Thanks Chance ! This is a really cool feature for UE4 to have.

I have a lot of experience supporting mods for games, just not with Unreal Engine yet

Maybe something I wrote will help with the design?

Hey Chance. We are still very much interested here. We’d really like a more polished workflow for modding. Any news about how we could add modding support without having to ship uncooked game and editor ?

I’ll bump this so it is not just left to Gwenn to keep this live.

By the way I also asked for more information here and there.

Bump, looking forward to seeing future progress on this. =)

Also bumbing, since it’s a important - but yet nearly zero documented feature (regarding cooked content/projects)

hope this gets some more work and docs!! maybe the ability for ppl that dont know c++ (aka me

You shouldn’t have to modify the engine really at all. We are working on a quick start and best practices guide and should have more info on that soon.

Yea Microsoft want the money. Main resomn why they got Minecraft. Notch screwed us.

Is why you guys in a stale mate now. Fear of telling how you don things.

If you told people How Ark started. No one would play.
You have a contest to try to fix this game thgat whom ever left the company left u with zap.
I am a true follower of UDK to UE4. Ark is a closter ***. The time to get into this game amounts to equal time to be on pause constant to think of other things, SAD.
There are no guides period
This Guy

As a man or woman stranded naked, freezing and starving on the shores of a mysterious island called ARK, you must hunt, harvest resources, craft items, grow crops, research technologies, and build shelters to withstand the elements. Use your cunning...

God only knows the time He wasted waiting?
My mod when done will have a world ongoing and wait time be like archage login into.
But this is a farse. I dnt have funds to make open worlds static in time to repeat constantly. Dara storage is like Gold.

something else that might work is some way to use a in game editor, that would read files saved with data(save-game esque), although this may actually be more difficult than what is being worked on, just saying this for brainstorming:)

The have everything that UDK to UE4 can offer and done so with wikis .They alloyed public manipulation of what you wanted. When back in the day when Fallout New Vegas piped is Modders couldnt segway anything. 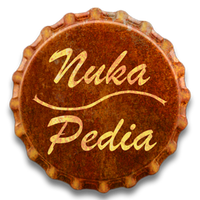 Obsidian Entertainment, founded in 2003 after the dissolution of Interplay Entertainment's Black Isle Studios, is a video game developer for PC and console systems. Obsidian continues to operate under management by its founding officers: Feargus...

These guys arnt the same as Bethesda but are the same. They rewound codes etc. so u cant use in the mantra of the TES reputation That is Bethesda (Nothing in Fallout 3 wrks in New Vegas. Will not argue over lil ferry dust.

Before this tut was a blind eye https://www.youtube.com/watch?v=0EIGXbKafPs

There was a yr and a half where a stale mate was with the Obsidian company and Bethesda both same. Just Tax brackets. Showed how and what they done.
This new Beast ARK Is good But we wait so freaking long. Anyone working on this opening stage?
Cause it isnt an opening it is an ongoing one.

Also paging Mr. [MENTION=8]Alexander Paschall[/MENTION]. I know lots of people that are watching this thread like a hawk

Hey, I’m pinging people on the status of this doc. Sorry about the delay, holidays and all that.

Just to follow up here. This is making progress, but still in the “soon” category.

Just to follow up here. This is making progress, but still in the “soon” category.

To put it on the table we plan on making our game moddable as well so when we get there can we come to Epic for assistance and expect the same level of love as Epic has shown Ark?

Not asking for much except to share the love.