I have an AI character, which should continuously follow player.

I tried to move this branch into separate sequence with service, which checks previous and current player positions and aborts itself if they are not match, but result is the same - AI character still stops everytime.

So, is there any solution to make AI character follow player CONTINUOUSLY.

why not just set the move to target to be the player actor instead of their location. that way the only time they will stop is if blocked by walls, lack of nav mesh, or they accomplish in reaching the player. basically it will make them run to the player continuously. 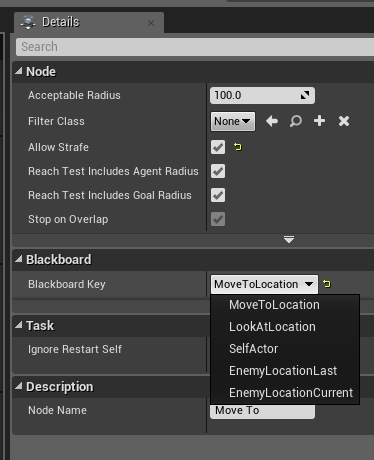 Finally you can run a check by using a built in decorated called ‘Is At Location’, so you can do something when your AI reached the ‘Target Actor’.

Does this help you at all? I’m not sure I understand the problem exactly

Hmm ok thats wierd i’m not having that issue. It might be the way my ai works for my specific game.
Its been a while since I’ve done this project, i’ll try to dig more if I can figure some solution

Ok, I think there might be an issue with using a decorator for this functionality (I could be wrong). The way I set up my Bot is that I’m checking how far away I’m from the player → setting different bot states and based on the blackboard condition I’m activating different BTTasks. I think I had a similar issue when I tried using decorators. Here is a reference of how my Tree is set up. (Again this could be completely wrong).

Hopefully this helps you narrow down the problem.

AI checking is he can attack player by weapon range, if not - to move to player (enemy) location. 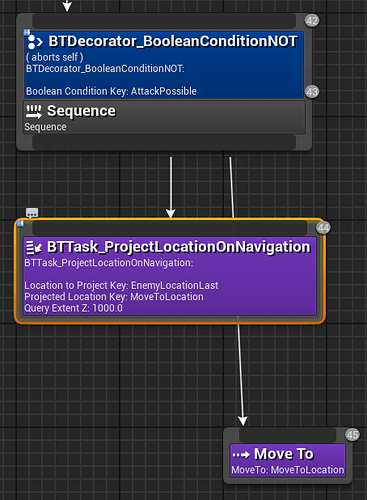 This works if AI character gets enemy location who stands on the same place. But if enemy location is changes continuously (so player trying to escape from this ai character), this not work. Ai character always stops in some intermediate locations while chasing his enemy.

I also tried to update location value in blackboard with Tick, but it looks like MoveTo uses only location it gets when started execution.

I have created my own version of MoveTo task and it works as I want.

Anyway, thank you all for you advice!

I’m glad to hear you found the solution redbox! =)

Thx it worked, when you use the good node ! move ai and not move actor ! 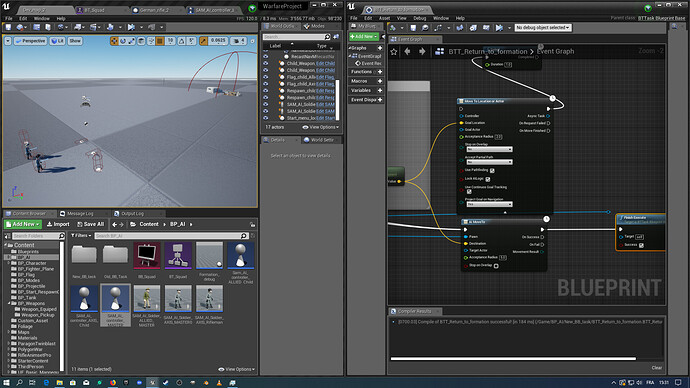 Hello, sorry if I reactivate this post but I have the same problem and the solution is no longer visible. Would it be possible to put it back? Thank you very much