I wonder if anyone has any tips when working with Lumen and Landscape Grass?
The grass loads extremely slow and doesn’t look very good with Lumen.
I wonder if there’s a way to tell Lumen to ignore it?

Hi!
The post is 18 days old but might help you or anyone else if they find it.
The loading slow part im not sure about, might be many factors( hardware,density,texture size, landscape size, visible distance) To make it look better:
Landscape’s themselves do not contribute to lumen global illumination, but when you use a nanite mesh floor for example and place grass on it you start seeing flickering gi, general shadow noise.
What i did to improve my grass is disable affect distance field lighting on my foliage objects.
Which can be done on the object itself or from the foliage tool under instance settings.
Also i believe that the lumen effect on non nanite meshes are in screen space.( someone correct me if im wrong) and what helped with the noise was using the console command:
r.Lumen.ScreenProbeGather.Temporal.DistanceThreshold
i believe the standard value is 30. but i just pushed it out to a 1000 in a forrest test scene.
so it ended up being, r.Lumen.ScreenProbeGather.Temporal.DistanceThreshold 1000
Try that and see if it helps

I m using grass for a lawn on my project and it is working fine, though I have not taken it into render queue and rendered it for the final output.

I think the number of instances and your GPU VRAM matters as well. How much VRAM do you have?

Mine is not looking bad when it comes to the lumen. 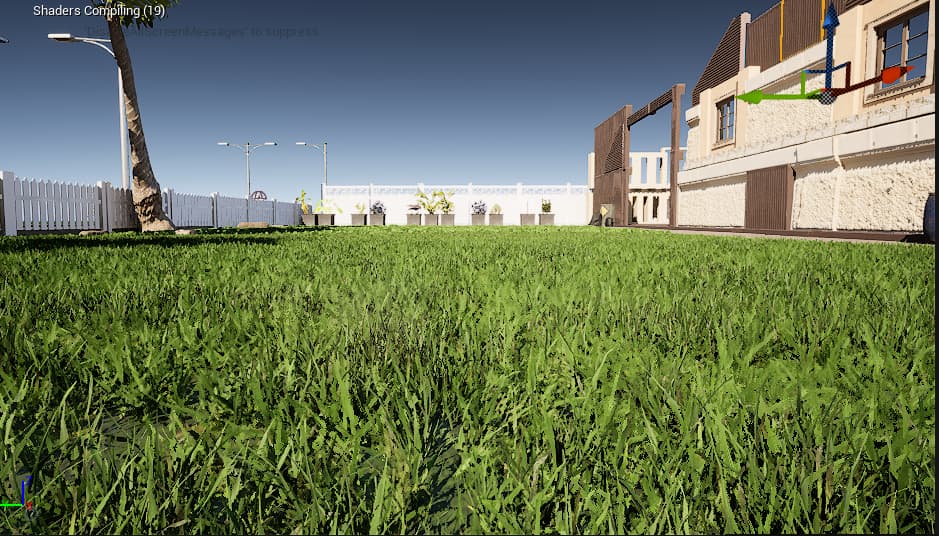 At this point, I realized it’s certain scenarios, particularly Overcast lighting that has this blotchy flickering. I used to work mostly in overcast so I may have figured it was grass in general and there may have been improvements. What I see now…

Day is good.
Night is good.
In between it gets blotchy.
Therefore cloudy is blotchy but not as much as overcast.
In daylight where I have a lot of trees casting heavy shading it gets blotchy.

I did a comparison… A still picture really doesn’t show much but you may see overcast has the most shadow blobs which are the culprit. 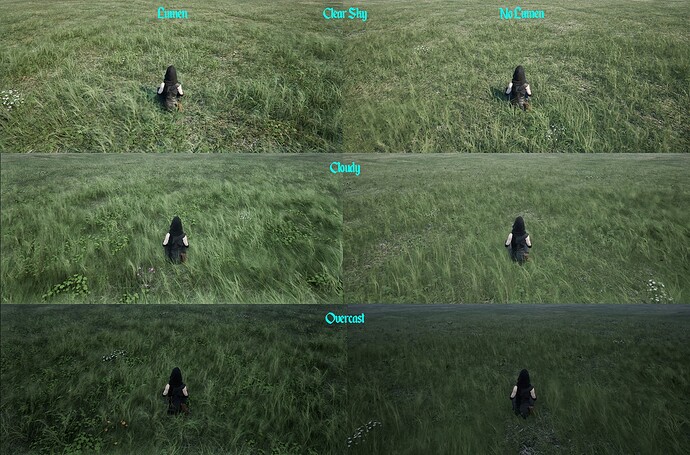 And this video, due to the compression the flickering is barely visible, but you can kind of see it? In game it’s quite obvious. I haven’t tried DistanceThreshold yet.

Has anyone found a solution to that blotchy flickering? Thank you!!

@Astaraa
Temporal anti-aliasing is waaaaay off on that.

There used to be a way to output a velocity texture on grass - probably yet another broken engine option, but you can try reading up on how it was supposed to work…
Or cheat by this link Keep in mind the processing cost is high. On a rendering pipeline that’s already the most expensive out of all engines…