Hi all, I am relatively new to Lumen specifically and I am currently working on a project which requires lighting to emit from behind racking in a wine cellar. I’ll attach images as an example but my issue is that the emissive texture that works with lumen immediately turns off and stops updating the scenes lighting if the camera can no longer see the texture. I have tried changing post processing and project settings but can’t seem to find a way for the emissive lighting to shine from underneath.

I’ve followed some posts on this such as adjusting distance mesh fields and using hardware ray tracing but nothing seems to achieve the desired effect. 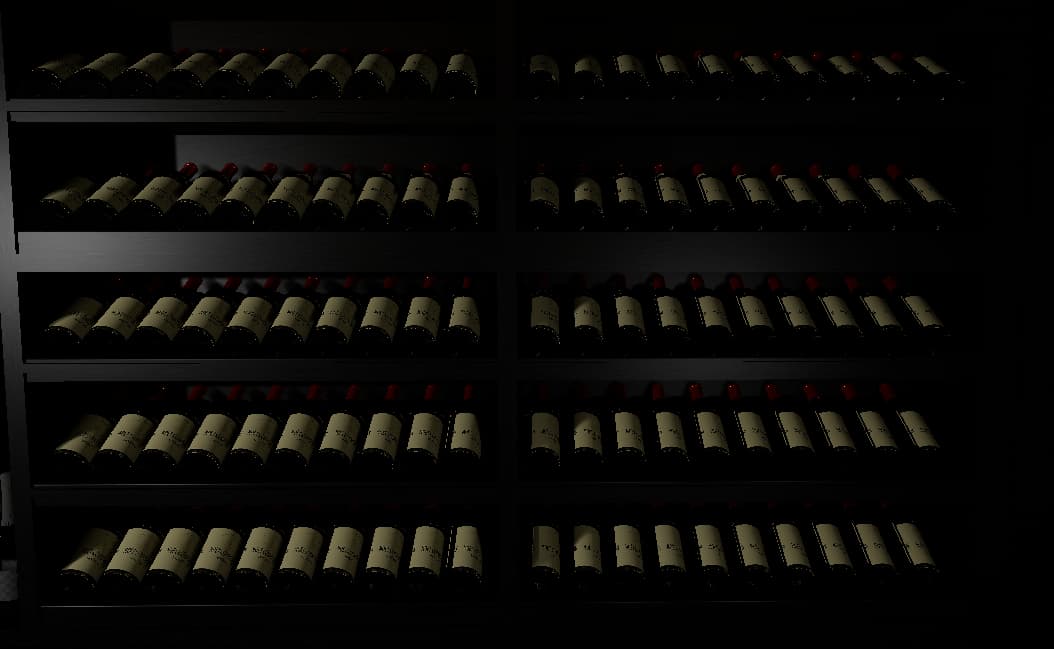 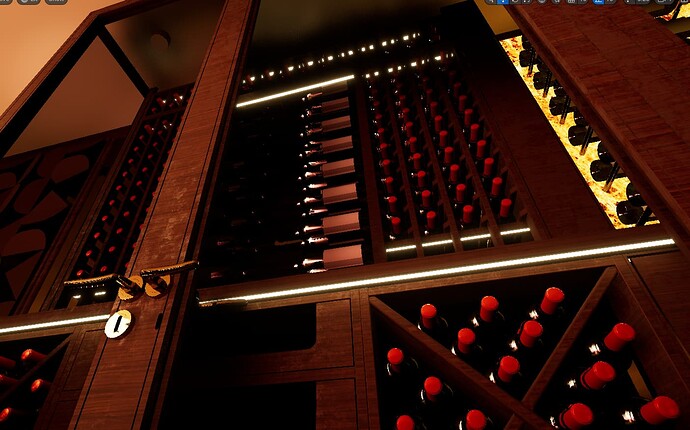 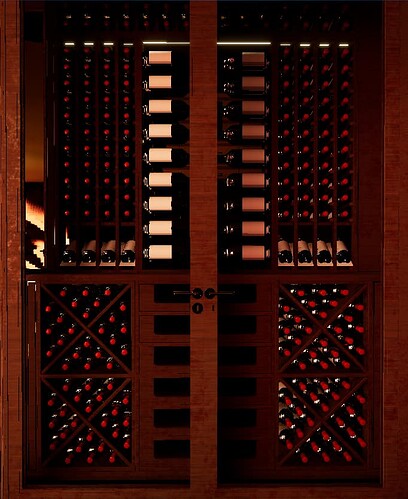 I might be wrong but, does it help if you crank up the Distance Field Resolution of the mesh ? I wonder if the light is block because the distance field occlude it.

If not, I believe Lumen need to ‘‘see’’ the emissive source in order to propagate the light, its using a hybrid technology from screen space calculation (Which mean, it render what it sees)

To some degree Lumen uses screen-space GI, so that’s probably what’s happening. Besides that, emissive materials don’t work that well with Lumen especially if the source is small, so if you can use an actual light source instead then that would give you better results.

Thank you both I posted on reddit as well and everyone seems to come up with the same answer which is Lumen will be unable to produce good enough lighting on such a small area, so I will use static lighting for now, Thank you!