As seen in the comparison below, Lumen global illumination effect is culled at a certain distance around 10km away from the camera. While it only produces nearly invisible artifacts under bright daylight, the artifact would become very noticeable in darker conditions where enhanced exposure is required.
I have read through all the documentation related to Lumen while finding no instructions on how to change the cull distance, and the same artifact is also visible in the official “Valley of the Ancient” demo.
I would think there has to be a value there controlling this distance and an input box is just not implemented yet, but what do you guys think? Did I miss anything? 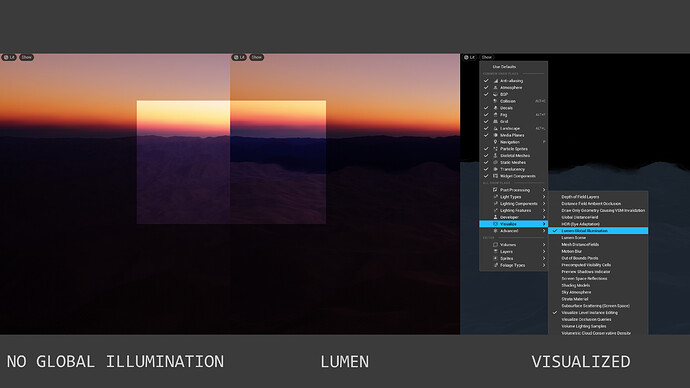