Low-level graininess introduced to the tonemapper in 4.8

I’m working on a game with bold colours on a black background, and quite a lot of bloom. In 4.7.6 this background was a solid, pure black, but since updating to 4.8.0 there is a graininess that means there is no longer any ‘000000’ black in the background. If I examine the pixels in Photoshop, there is a noise pattern that alternates between ‘010101’ and ‘020202’ (Seen here with the brightness ramped up): 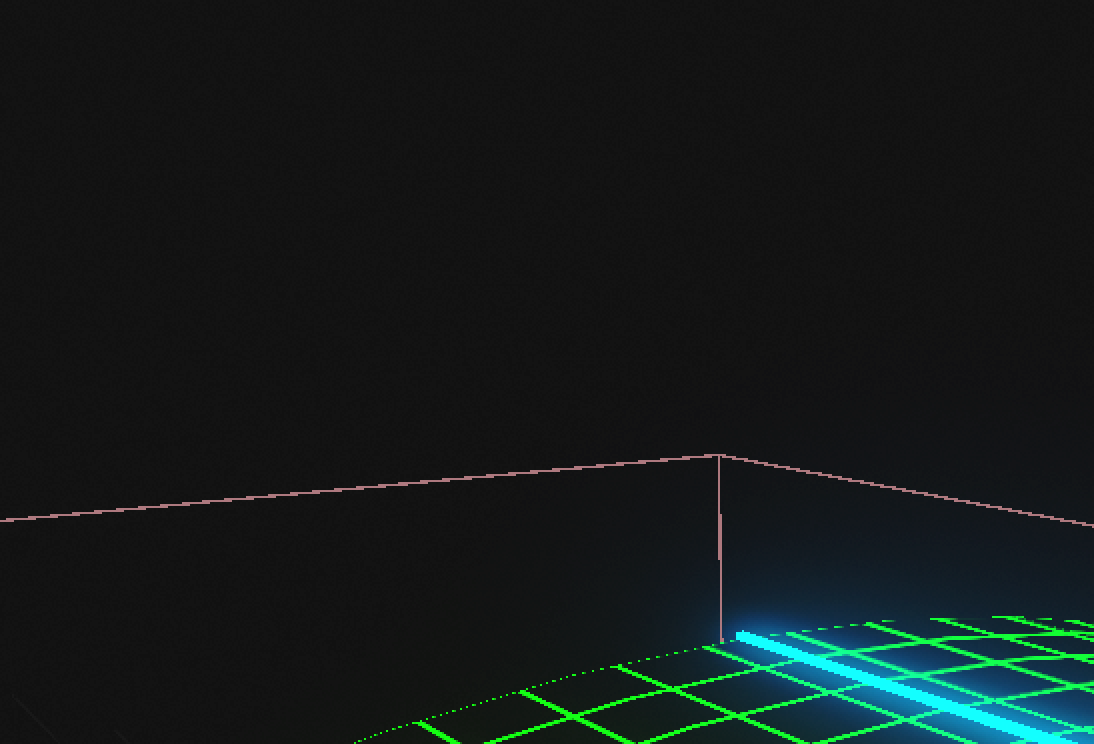 Disabling the tonemapper in the viewport’s Show flags fixes this issue, but of course also disables a lot of visual effects that I want to keep. I’m not using a Colour Grading LUT, but if I use a completely black texture, it also fixes the issue, but everything else renders as black, obviously. So I’m out of ideas! None of the other postprocess settings I’ve changed have solved the issue. [This old question][2] seems to refer to the same thing, but was resolved some time around 4.3. Could the same bug have cropped up again?

I am not immediately able to reproduce the graininess that I am seeing in your picture. Can you post your post process volume settings?

Here are the settings for the post process volume, and also the Render tab in Project Settings. 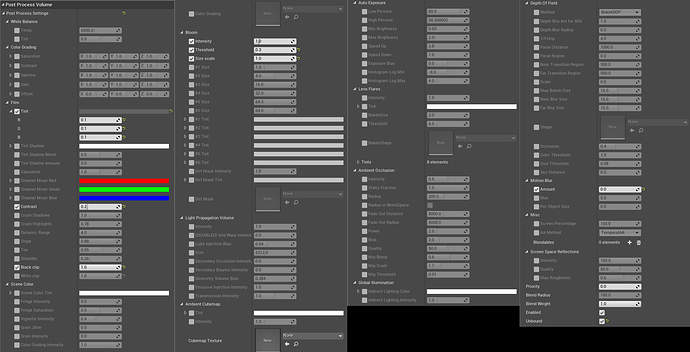 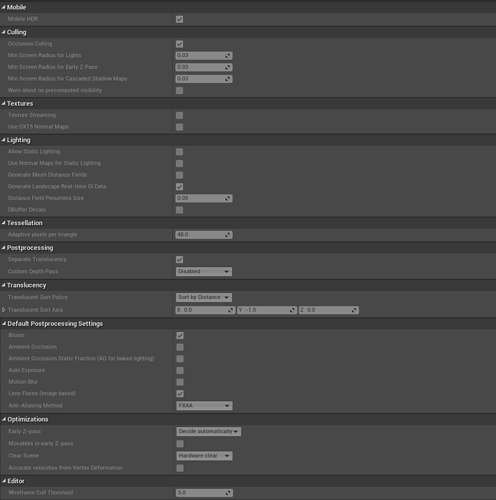 For what it’s worth, I’ve seen the same issue in another 4.7.6 project that I converted to 4.8.0. I also saw it when I created a new Blueprint sidescroller project and deleted everything in the default map.

Thank you for the additional information I was able to reproduce the effect that you are describing and have entered a report as UE-17128. As we investigate this report I will keep you informed here.

I also have this issue and it broke the “inventory doll” in my game, so hopefully it will get fixed.

I’m having the same problem. Any updates on this?

Any news on this issue? It has been a month, really looking forward to the fix.

The issue is still being investigated, but has not been backlogged.

So when is this ever going to get fixed? I’m using Color Grading and Pixelization shader in which amplifies the messed up low level grain that has been forced on the rendering since 4.8.There is no way to fix this without disabling the Tonemapper, which is absolutely needed to look up the correct color palette.

This was already fixed in 4.9 with CL-2640654. If the issue is still happening please report as a new ticket with details and comparisons as this would be a regression and not the original issue reported here. It makes it easier to track and assign out.