there is an updated version to download. if you have the first 1 uninstall it before installing the new one.
this build hovers around 37fps on 2013 nexus 7.
(maybe i should start a wip thread…)

whilst working on a mechanic for another (pc) game, it became apparent that it could make a good mobile game in itself.
im not sure if devices would be able to run it so it would be awesome if i could find at least a couple of people willing to test it and report back.
its more of a proof of concept than a game atm. i dont want to put lots of time and effort in only to find out nobody can play it.
im not bothered for the moment if its a good game or if there are bugs, i just want to know if it will run.

its a physics construction game so it could be too heavy for mobile.
on a 2013 nexus 7 it runs ok.

here is a vid of the firsts steps. 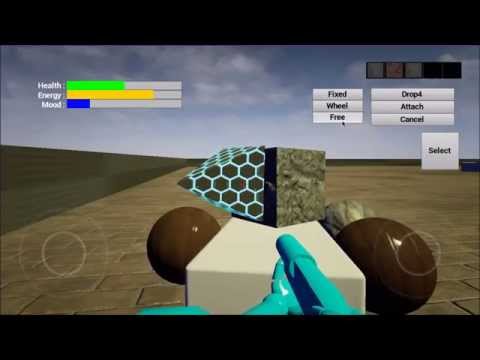 please respond on here if you are interested.
heres a link
Old Download Here
Update Download Here
extract the zip on your pc with your android device plugged in.
double click the .bat file and it will install on your device (make sure Allow app installs from ‘unknown sources’ is checked in the settings)

screens of the update here 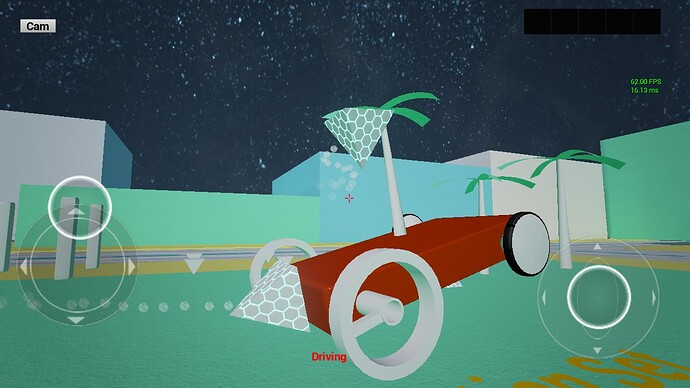 also maybe you have a game i could test for you, an exchange of sorts.
shame there is not some kind of community pool of testers

no idea how to do it but i can try

though i may have spoke too soon.
for some reason if i play on device from the editor everything goes fine.
if i try to package the game for android it crashes for no apparent reason before its finished.

and theres almost no content…
i knew it would be bad but not that bad, further investigation required

i’m not going to re-start my android project till 4.7 release is out , but if i get board i might start earlier
there does seem to be problems with the packaging, i think it’s something we need to get sorted before we go to far
might have another look this weekend when i have more time

so i managed to get it to about 106mb altogether by making all textures 256x and deleting everything that isnt in the game with shipping packaging.
i will update the first post too with a link
would love to hear from anyone about if it runs or not and on what device.

Just installed it on a Nvidia shield it is a lot of fun. Just made a car with a thruster and everything worked. I hope you add an option with a ragdoll guy and blood particles

I will try this for sure on my Nexus 5!

awesome thanks for trying, good to hear it worked ok for you.
ive added some other things like controllable thrusters, just messing with controllable hinges too but they are not working yet.
a ragdoll guy sounds fun, might add that too. i am adding sphere based animals with ragdoll legs, looks pretty funny used as a wheel but it does eat into the framerate quite a bit.

Works on Galaxy S4, but the floor material looks like a low res grass material and not the one in your video.

happy to hear its working and people find it fun

all the textures are super low rez on that build to keep the size down.
im working on an update that looks much better and has more features and shouldn’t be too much bigger.

just posted an update and updated the first post
http://teglegrecords.free.fr/Android/PhysTest2_ETC1.zip

Just gave it a whack. Runs pretty well. Averaging about 40-45 fps on my LG G2 when doing physics related stuff. Definitely cpu bound as when I’m not interacting with stuff, or stuff isn’t moving, it’s a solid 60 fps. I wonder what the performance would be like on something like the Ipad Air 2.

Controls for moving around seem to be rather iffy though.

Oh god, love the moon gravity cars. Now, if only there were some buildings to knock down too. I want to run some random block into a few buildings and watch them fall all over. Of course, I think my device would choke, but oh well.

40-45 fps is pretty good
yeah the controls are standard epic ones, they need some messing. at least a little more sensitive on the look stick.
im avoiding things like buildings to knock down, trying to save the cpu for whatever you build in the world

didn’t do much besides run around yet, but works good on nexus 7 tablet

edit, okay made a rocket like thing that flew darn high up into the air before it fell back down. works great on here man

40-45 fps is pretty good
yeah the controls are standard epic ones, they need some messing. at least a little more sensitive on the look stick.
im avoiding things like buildings to knock down, trying to save the cpu for whatever you build in the world

Ha ha, with the rockets I made, it feels a little empty without anything to knock down. Hell, some 2-3 block buildings would work fine.

a question for those who tried it if i may,
as a finished game, would you prefer to unlock or explore and find things and stuff like that or would it be better with everything available so you can make what you want from the start?

(a quite big update nearly ready, next week prob.)
@Zodiark1593 also you will be able to drop things with or without physics so you can make your own buildings to smash

just started a wip thread for this
https://forums.unrealengine.com/showthread.php?64055-Android-Physics-Construction-Set

Hello!
My name is Pedro Cruz and I am working on an Endless Running Game called Mirtilo which is being developed since the end of 2013.

Before you say “since 2013???” let me explain: Everything begun at the course of Game Design with Unreal Engine 3 here in Brazil… I would like to work with Unreal Mobile Game and my group decided to create an Endless Running Game as the Final Project to the course. Of course teachers said it wasn’t possible because the engine wasn’t made to this kind of game, but it just motivated me…

After presentation of Unreal 3 prototype game, teachers loved it and encouraged us to publish game but, through the time, we have faced some obstacles on working with Unreal 3 like slow response and locomotion bug (I didn’t want to use UrealScript) besides I was enabled to publish just to iOS (on the easy way) and after some feedbacks of testers I decided to migrate to Unreal 4 in October 2014.

Working with Unreal 4 blueprint is easier than Unreal 3 Kismet, I have faced some problems too… but people of Epic Games are always helping me at this hard times (releasing new previews, for example).

The game was inspired in Endless Runners such Temple Run, Subway Surfers and Agent Dash, but it has some differences:

-The first difference is the history: The character is running from the shadows, her target is the light at the end of the tunnel (or cave), she has to overcome the obstacles that appears on her path and earn some achievements and items to help her reach her final destination. For me this is the most important difference because it is like an analogy with the life and gives a motive why we are running and can’t get out of the rails.

-The second difference is that the target of the game isn’t pick coins up, but pick up incandescent mirtiloes! (Mirtilo means blueberry in Portuguese)

-The third difference is that the player can pick mirtiloes overlapping it or touching on it (with the toughs);

-The fourth is that the player must brake some obstacles touching on it more than 3 times;

Its similarities are Diamonds to buy power-ups and skins, achievements to encourage player to play more times and earn more diamonds.